Thank You for Your Service – Darren Ehrlich 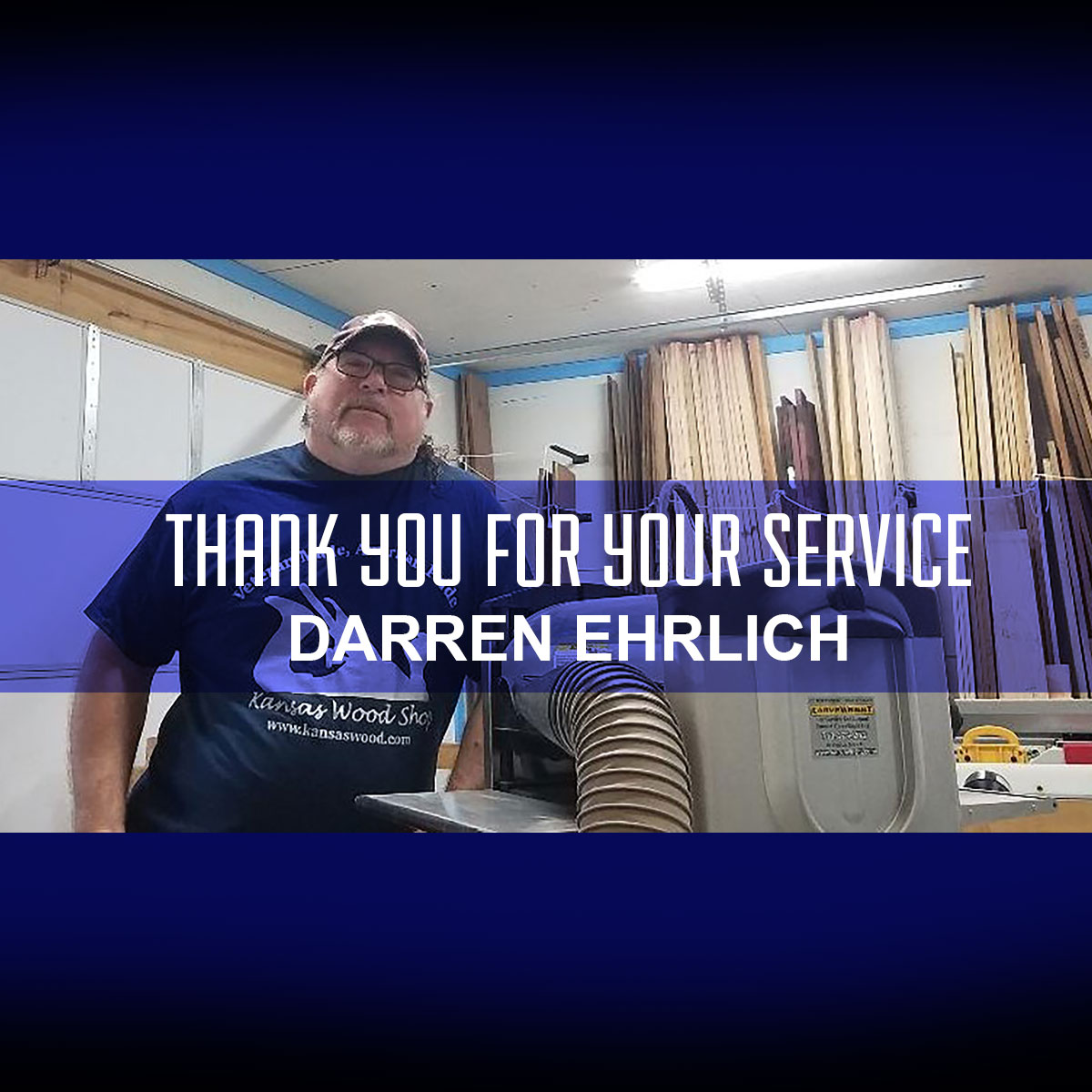 Born and raised a Western Kansas farm boy, Darren Ehrlich learned at an early age about hard work, duty, creativity and dedication.  He learned to build what he needed and if it didn’t work, he learned how to fix it. He was first introduced to woodworking in Junior High, but due to lack of a woodshop, had to put this interest on hold through College & the Army.

Once finally home in 2006, Darren began doing odd custom woodworking jobs and selling lumber on eBay, which he continued even after finding full time work. But once again, those medical issues made full time work unbearable. That’s when he found a used A-model CarveWright.  It had set unused for many years, but after cleaning and getting the upgrades, he was off and running with his new found capabilities.

“Once I got it rolling, there was no stopping me…Soon, I was turning out signs and plaques, carved boxes, just amazing projects.”

He taught himself to paint and obtained licensing for state college logos.  He added a C-model machine in 2014 and was gifted an A-machine with a broken base that he used for parts.

Being a Desert Storm Veteran, he started producing a lot of veteran related projects. In 2014, he became a vendor at the Kansas State Veterans Reunion, a 4 day annual affair. Although he got a lot of great comments, after 3 years of sitting in 100+ degree heat, he decided the booth sales weren’t for him.   Instead, he started participating in the auction. His special handcrafted knife has become one of the top earners of the auction each year with his 2019 knife selling for over $1000.

One of the most exciting things for Darren was a phone call he received in 2016. A film company contacted him asking for veteran related pieces for their set. They rented several pieces from him and it was a joy to spot them in their movie, “Thank You for Your Service” starring Miles Teller, which was released in October 2017.  Watch the Trailer

Coin banks, onsie baby birth announcement plaques and cremation urns were added to his repertoire in 2017, but his dream came true in 2018 when he built his new woodworking shop. “I sacrificed a third of my back yard and built a 24×45 building, complete with full HVAC system, dust collection and electrical under the floor to the middle island for the table saw and jointer.” Darren sells his products online at www.kansaswood.com and www.kansaswood.etsy.com.

Besides a fulltime woodworker, Darren is a musician.  He has played in several bands, including the Army Band, performed the National Anthem at various sporting events, and he writes and records his own music, which can be found on his music Facebook page. Check out his latest single “Heart of Kansas” on Soundcloud.

“Although on one hand life has dealt me a raw deal with my health issues, on the other hand it affords me the time to do something I truly love. A lot of people dream of being able to do woodworking full time. I have a lot of challenges to overcome, but I usually figure out a way.”

To Darren Ehrlich….”Thank You for Your Service”!