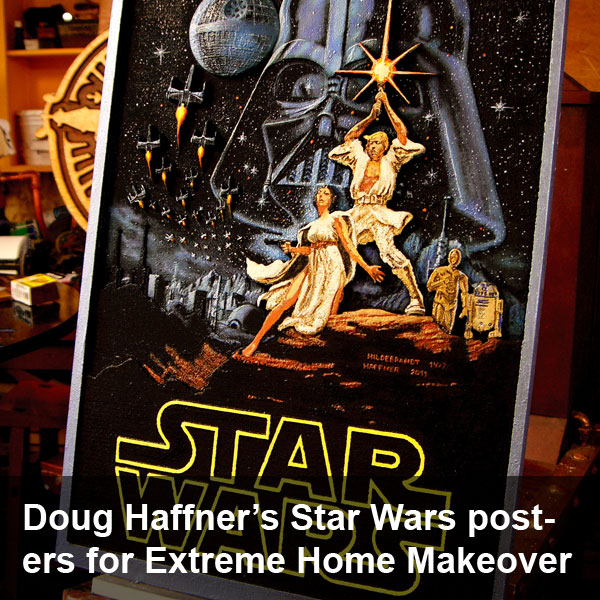 When CarveWright was contacted by ABC’s Extreme Makeover: Home Edition to help with a Star Wars room, we immediately thought of customer Doug Haffner of haffnersigns.com . When we called Doug and mentioned Star Wars room, he responded with “YES!” before we could even finish the question! We only asked if he could do one carved poster, but he did all three of the original movie posters as well as several other carved pieces for the kid’s Star Wars room.  Great job Doug!

Last year, Texas suffered from several widespread wild fires. The Zdroj Family lost their house and farm in those fires while they were out with the volunteer fire department fighting to keep their neighbors houses safe from those same fires.  The Extreme Makeover team came in to help build a home for the Zdroj family and a new fire department for the community.  See more about the episode here