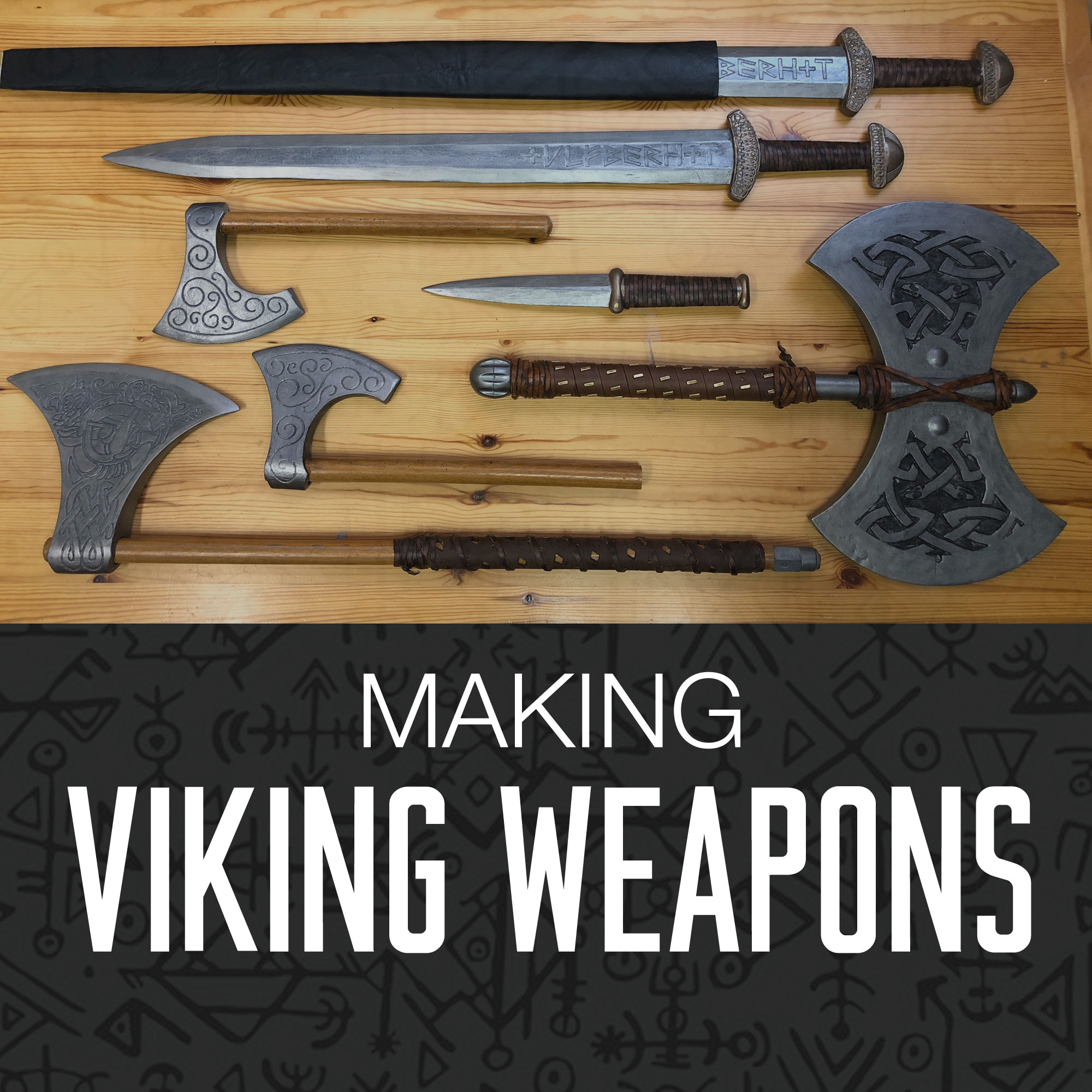 It’s costume season again! Last year I was asked to outfit a group of friends with weapons for their Roman god costumes. It was a lot of fun and a huge success. They all loved the weapons so much, they asked me to do it again this year for their barbarian/viking theme. I gladly accepted and fired up my carving forge.

After some googling for research, it became obvious real quick that axes were going to be important. Using several images for reference and inspiration, I designed a couple axe shapes and added some engravings to make them look more authentic. I found an old broomstick to use as the handles and prepared a board for carving.

While those axes were carving, I began working on a ULFBERHT sword design. I saw a documentary on the Ulfberht swords awhile back. It looks to be a bit of 10th century product branding for a “new” type of crucible steel sword that was vastly superior to the others of it’s day. Ulfberht is presumably the blacksmith’s name that developed the process. They have, however, found many swords engraved with Ulfberht that are not the superior steel, proving that cheap knock-offs aren’t a new phenomenon. I definitely had to make my own knockoff of this storied blade. While I was at it, I made a quick belt dagger to go with it.

These weapons were all pretty specific to viking so far, but there were some that were looking at more of a Conan type barbarian costume. Of course I would need a big double headed battle axe, but the women asked for something small. I went stone age and came up with an obsidian knife. 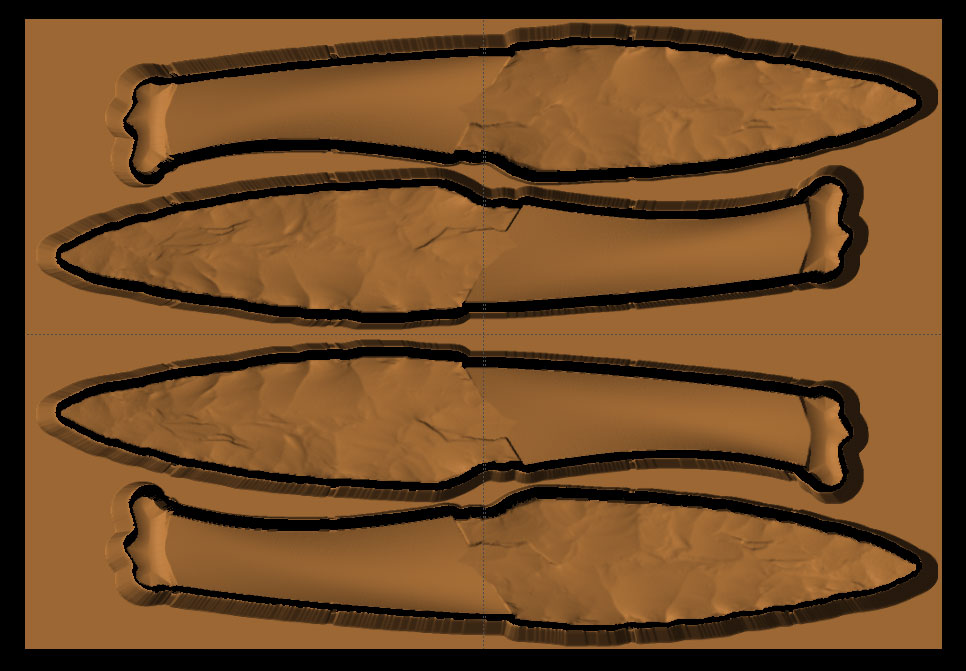 I kept my two machines carving for two days getting all these pieces made. 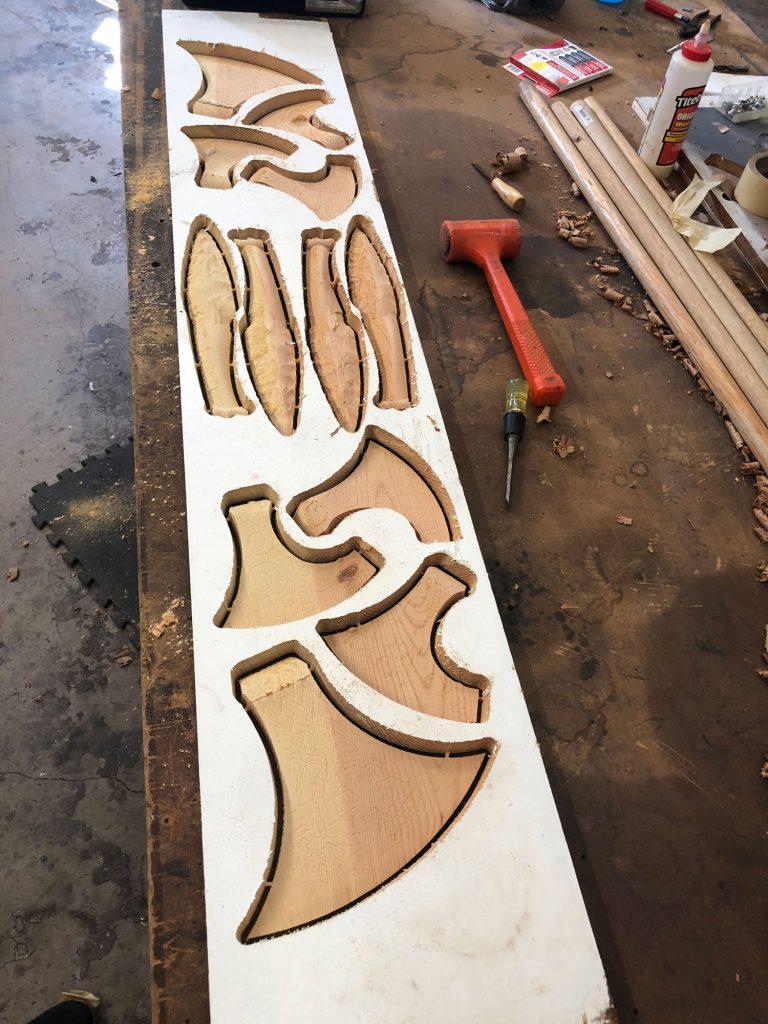 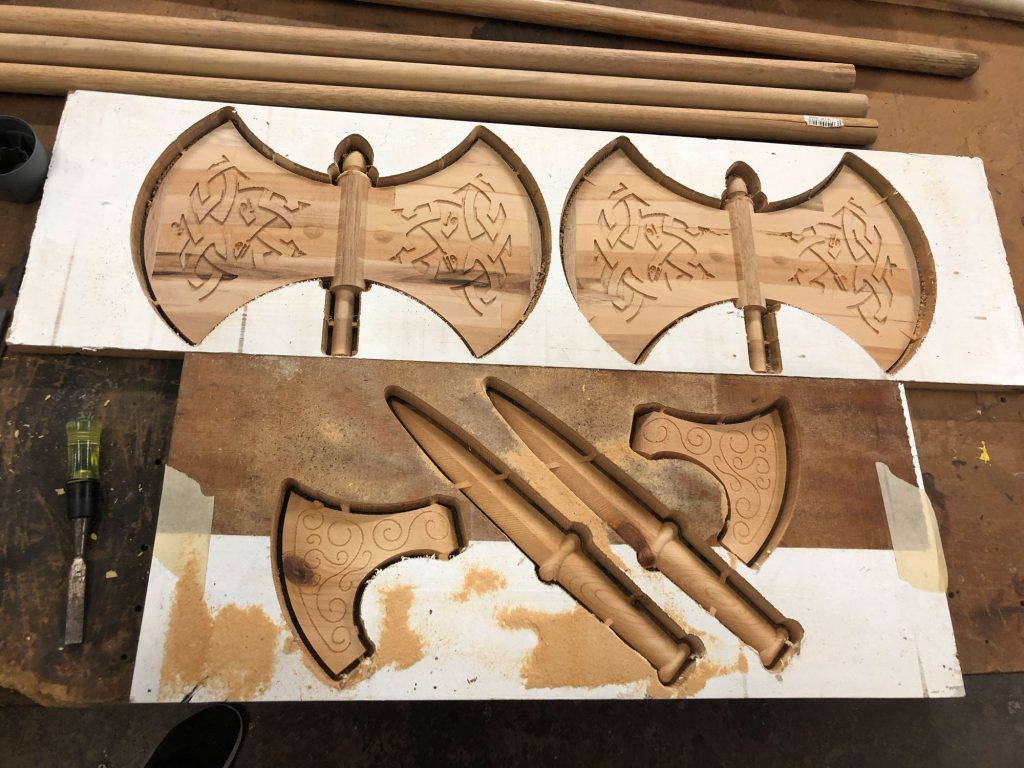 Once carved, they all needed to be separated from their boards and glued. 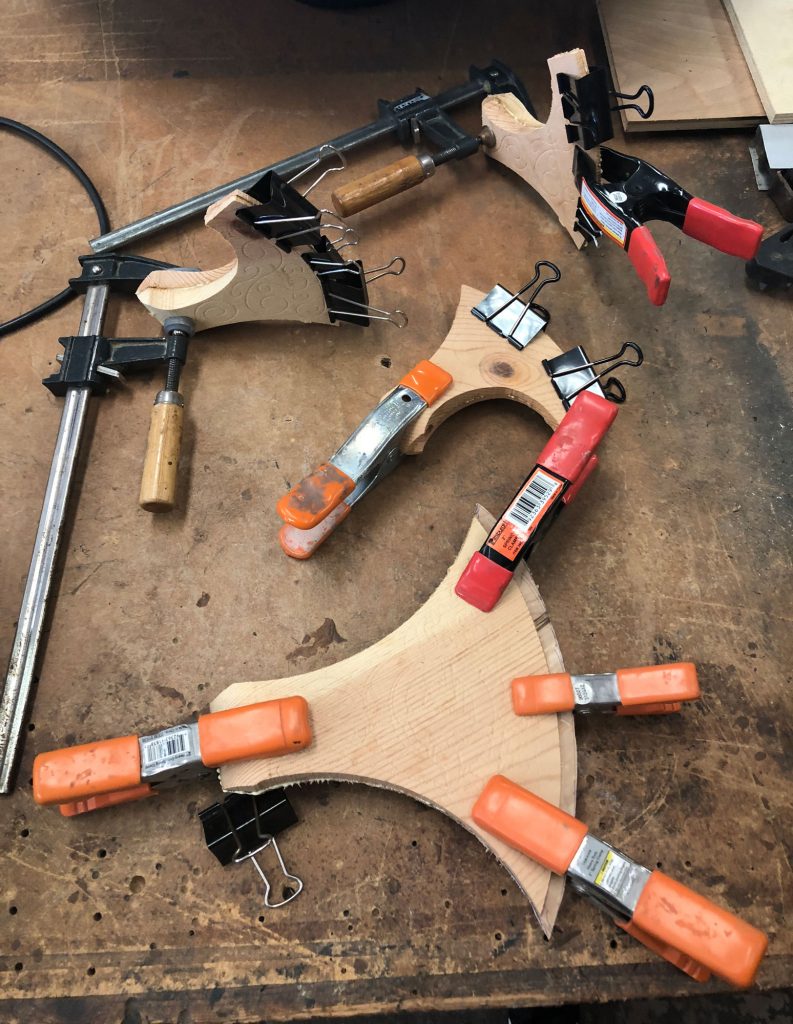 I added an 1/8″ piece of plywood in between the halves of the Dane axe to give it a little more thickness. 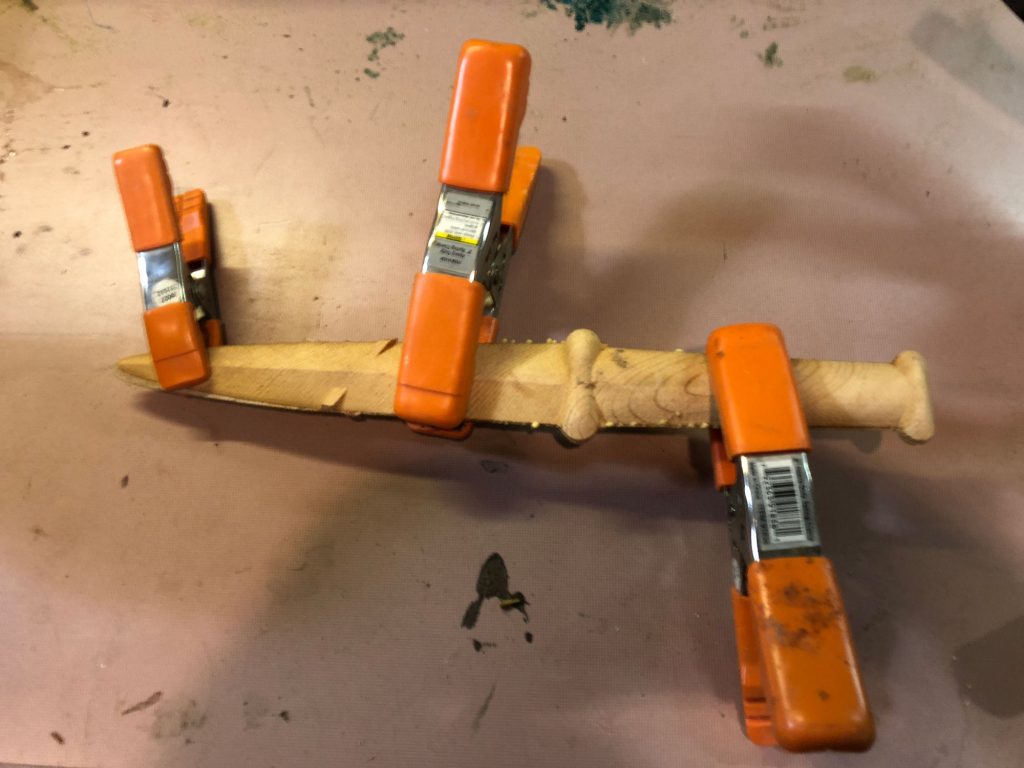 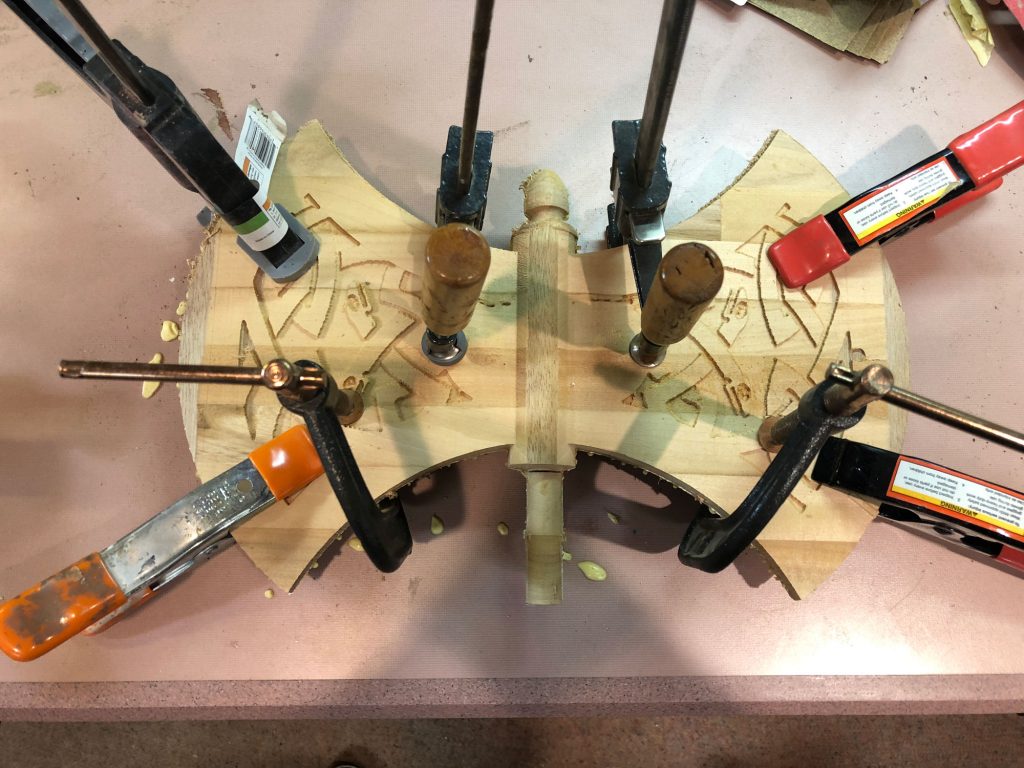 After the glue is dry, the pieces need to be sanded and shaped as needed. 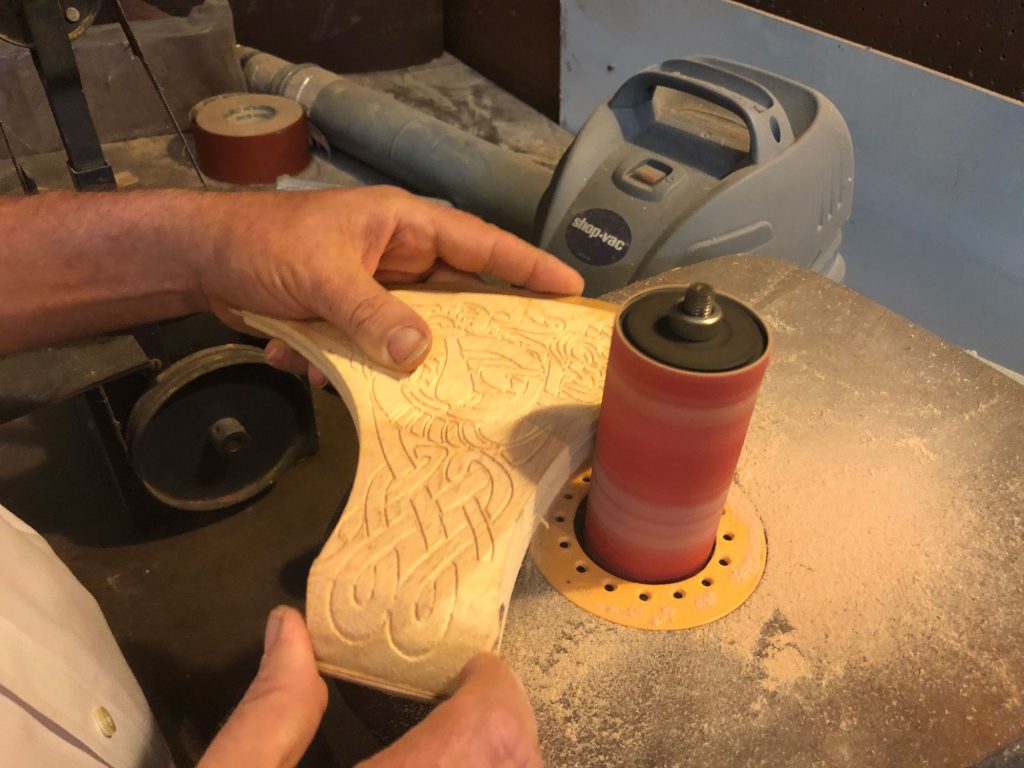 After glueing the halves together, use a drum sander to smooth the sides.

Using a forstner bit sized to my broom stick (.75″ diameter), I bored out holes into the axe heads. Then I sprayed them with primer and used Bondo glazing putty to smooth and fill. 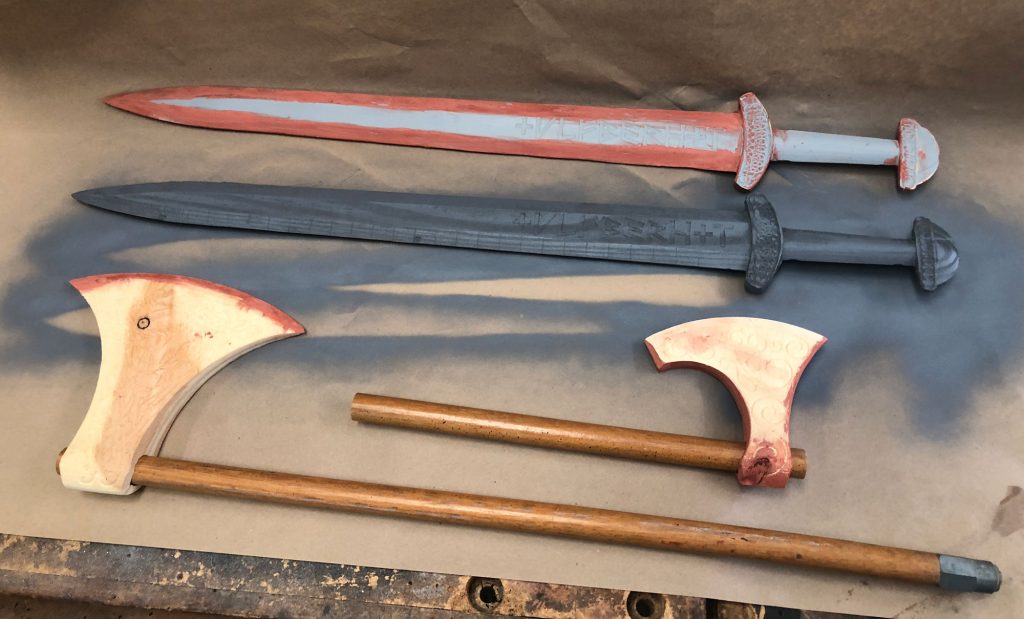 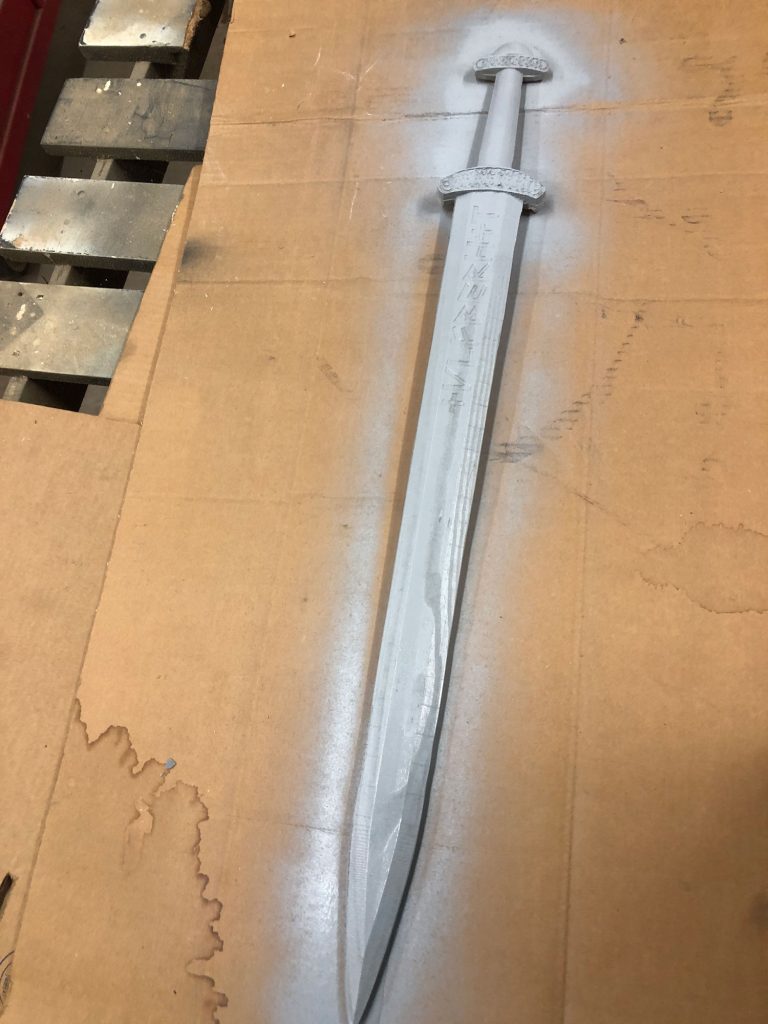 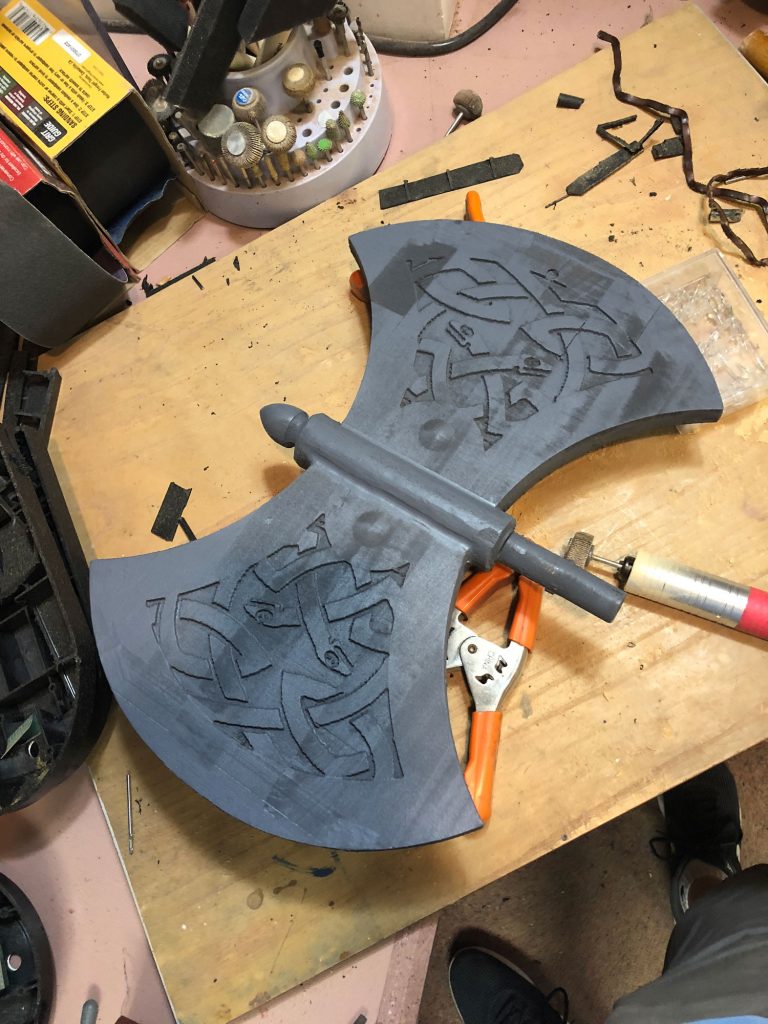 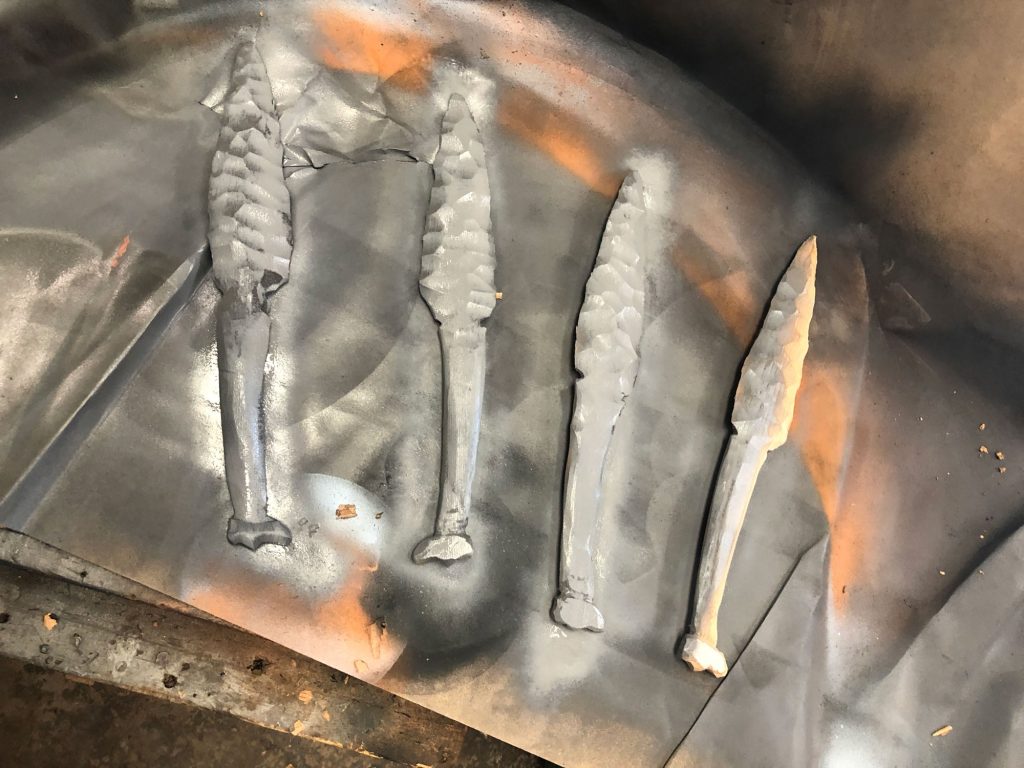 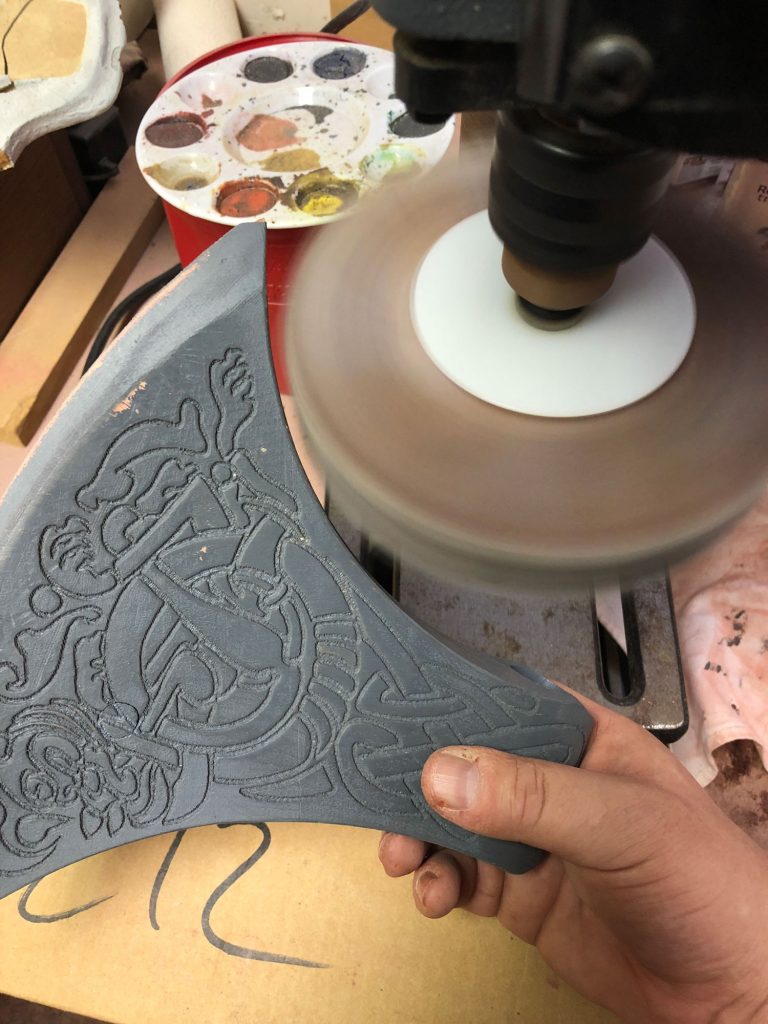 I used a piece of PVC pipe for the axe handle with a rubber foot I had found for the pummel. I glued it together and then primed the entire assembly. 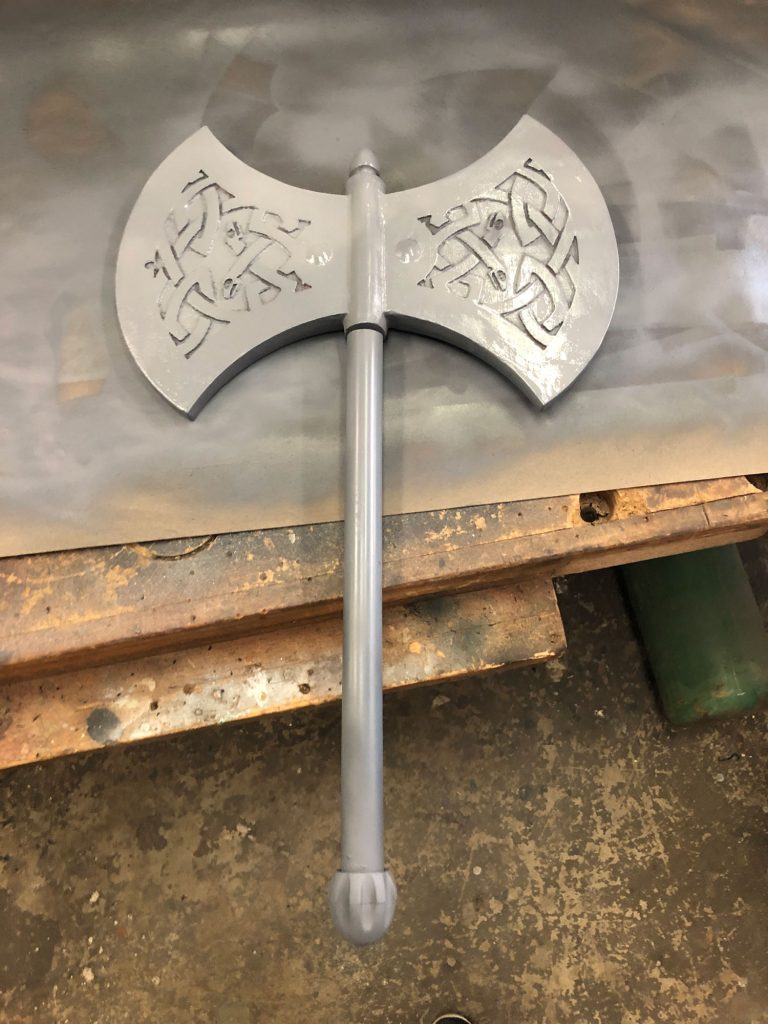 The first coat of paint is a hammered metal spray paint.  It really gives a convincing surface when making pieces look like metal. 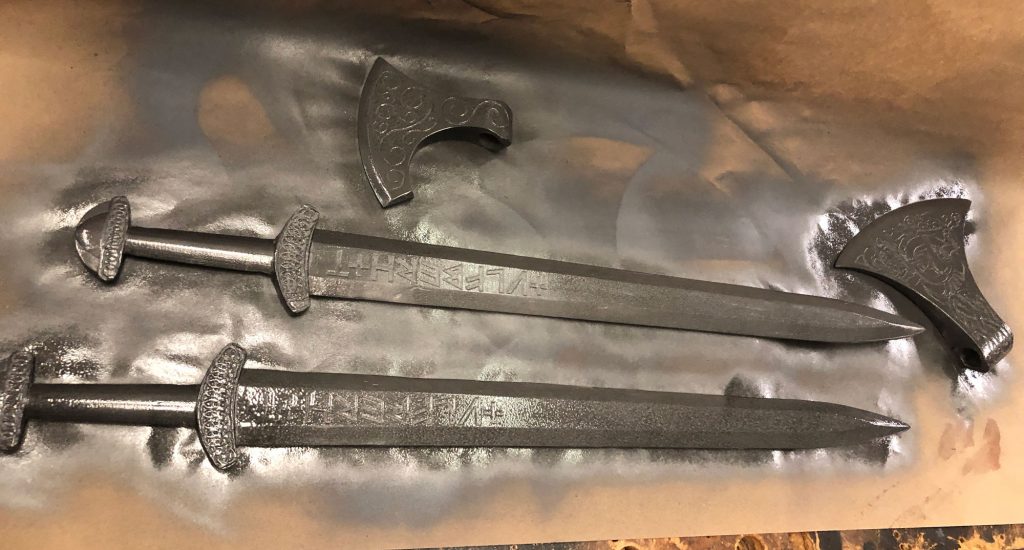 Then I painted over the hammered metal surface with a steel paint from Sophisticated Finishes. I used a darkening wash to make the recessed and engraved lines darker. 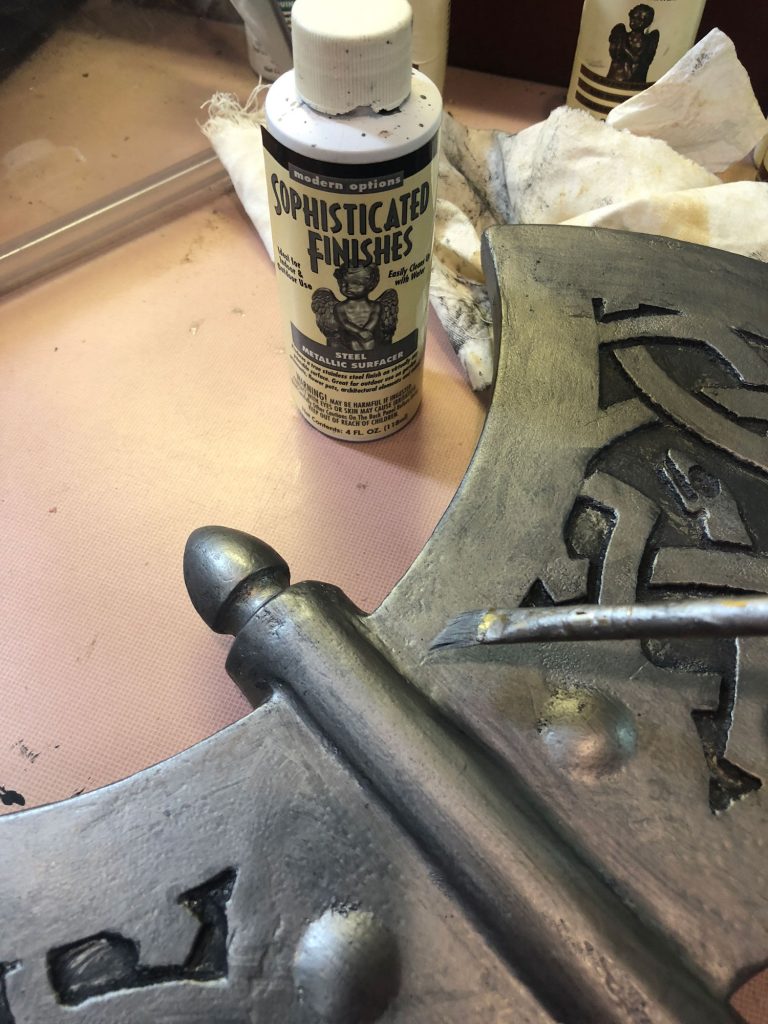 Then the axes were glued to their handles. They’re almost ready for battle! 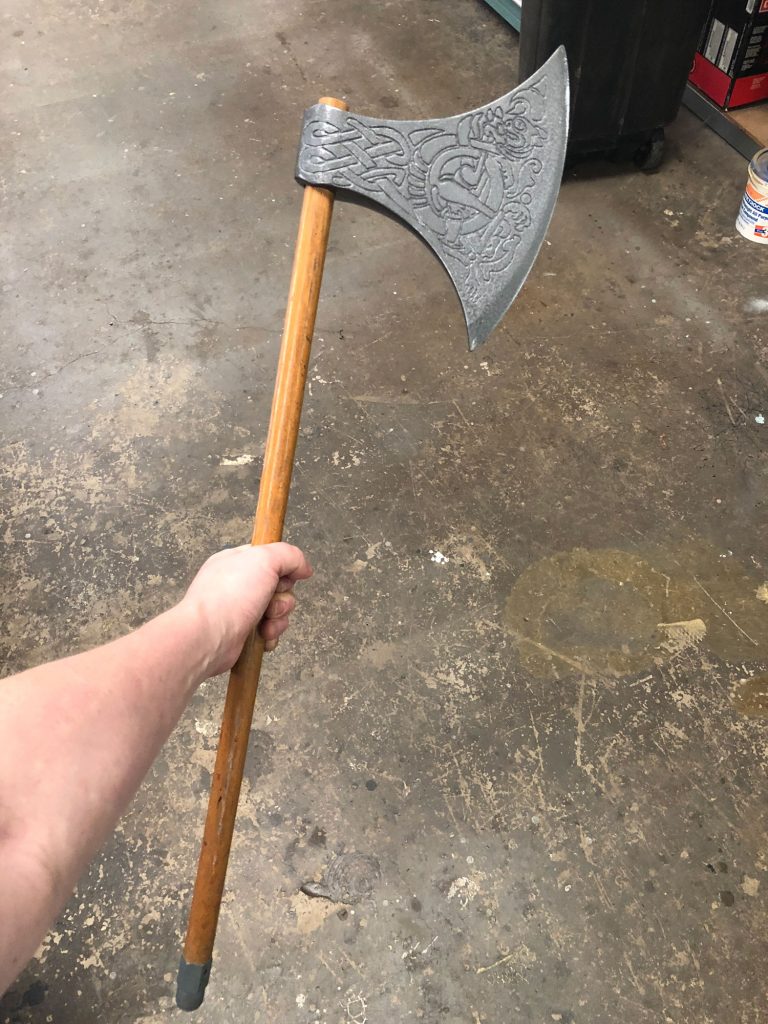 What really sold the weapons last year were the leather wrapped handles, shoulder straps, and other leather details I added.  Like last year, I raided the local thrift stores for every leather belt they had and started wrapping. 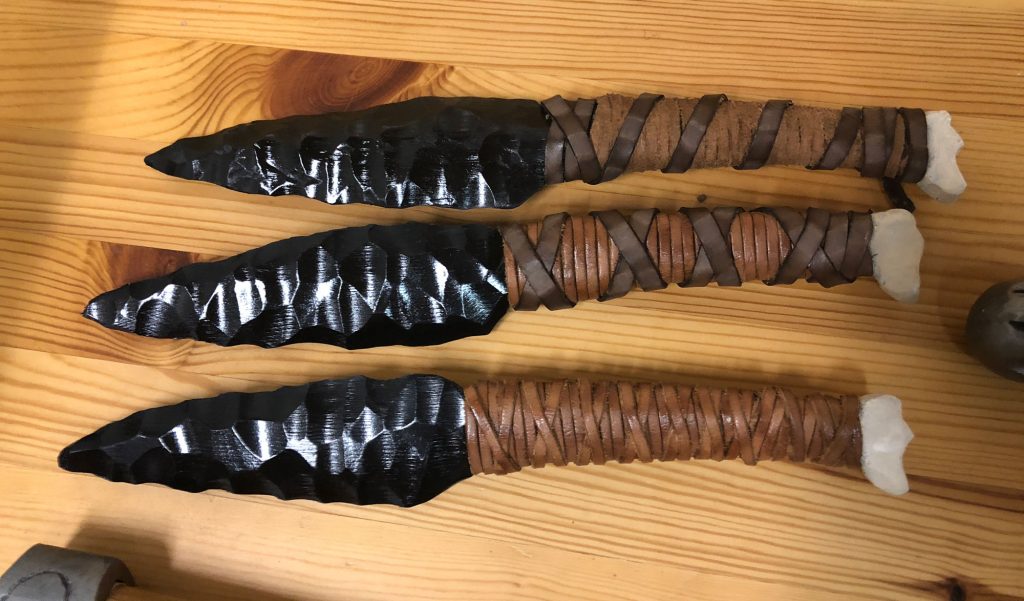 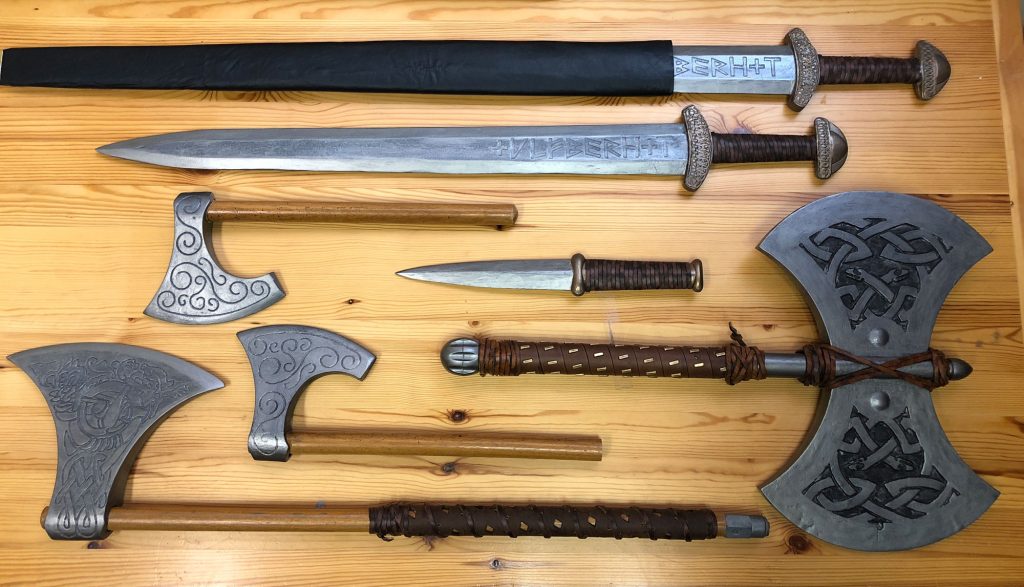 I had several weapon designs to choose from, but something seemed to be missing. A viking shield. In the process of searching for weapon ideas, I had come across some steel shield bosses for sale on amazon. My brother and I bought some and set out to make some shields. Using a drawing program we created a DXF with the inner and outer circle lines. Then using the exact same jig and process from the fence carving tutorial blog, we cut out the pieces for three shields. 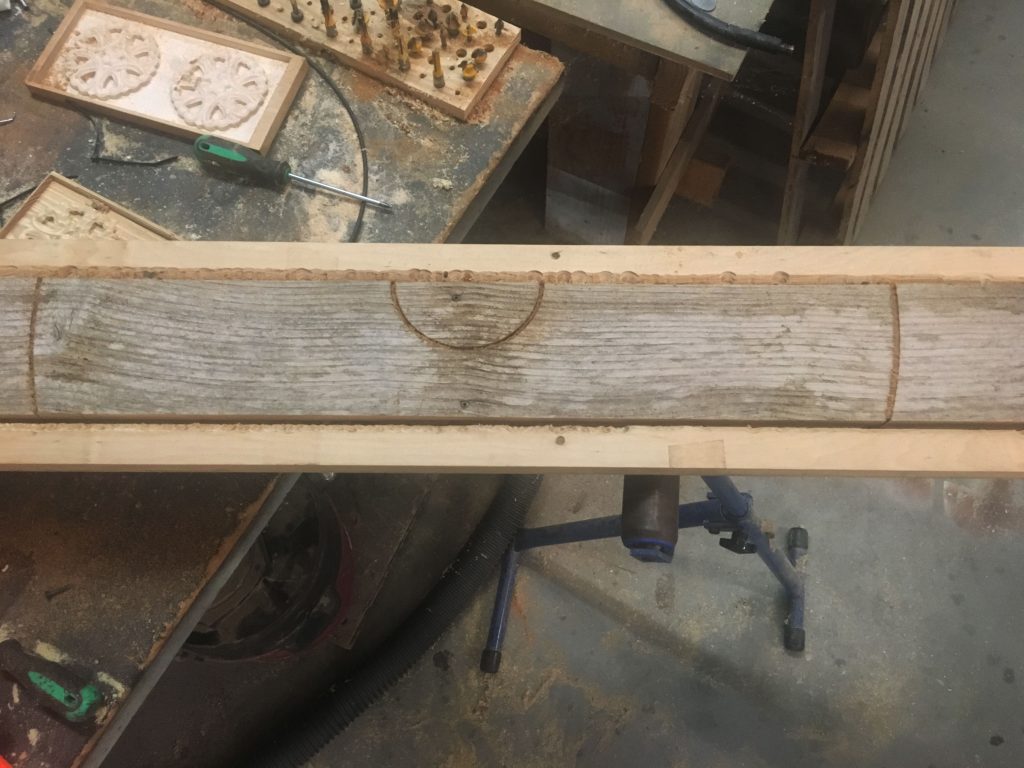 Each section of the shield is cut and the next board is loaded into the jig. 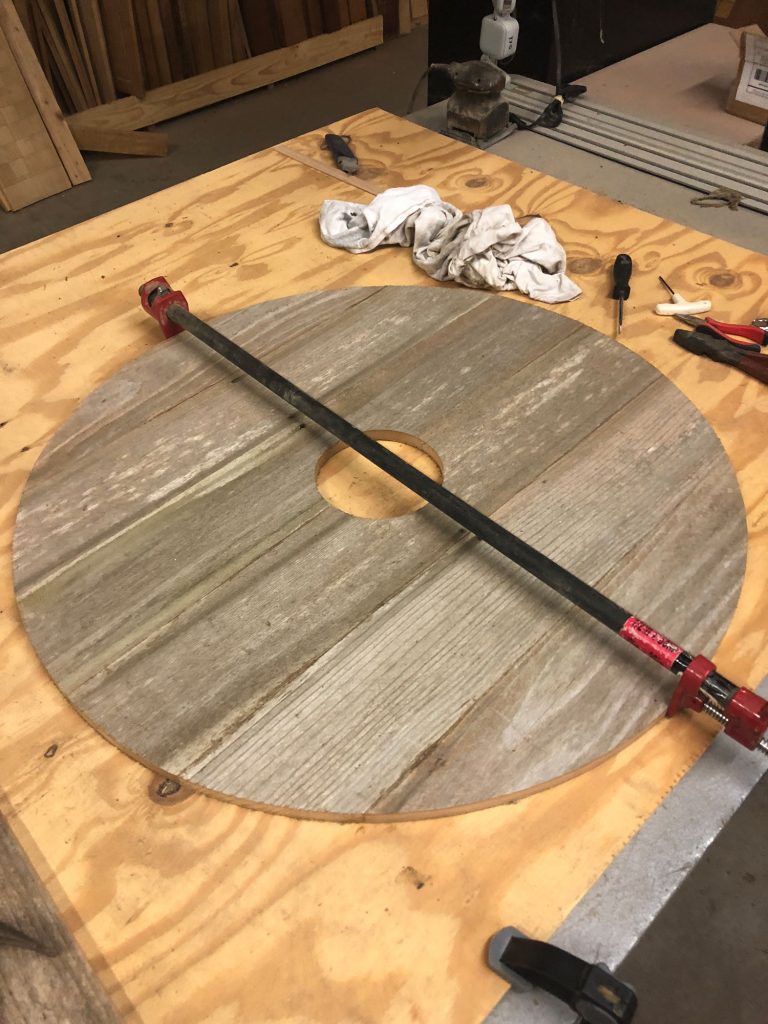 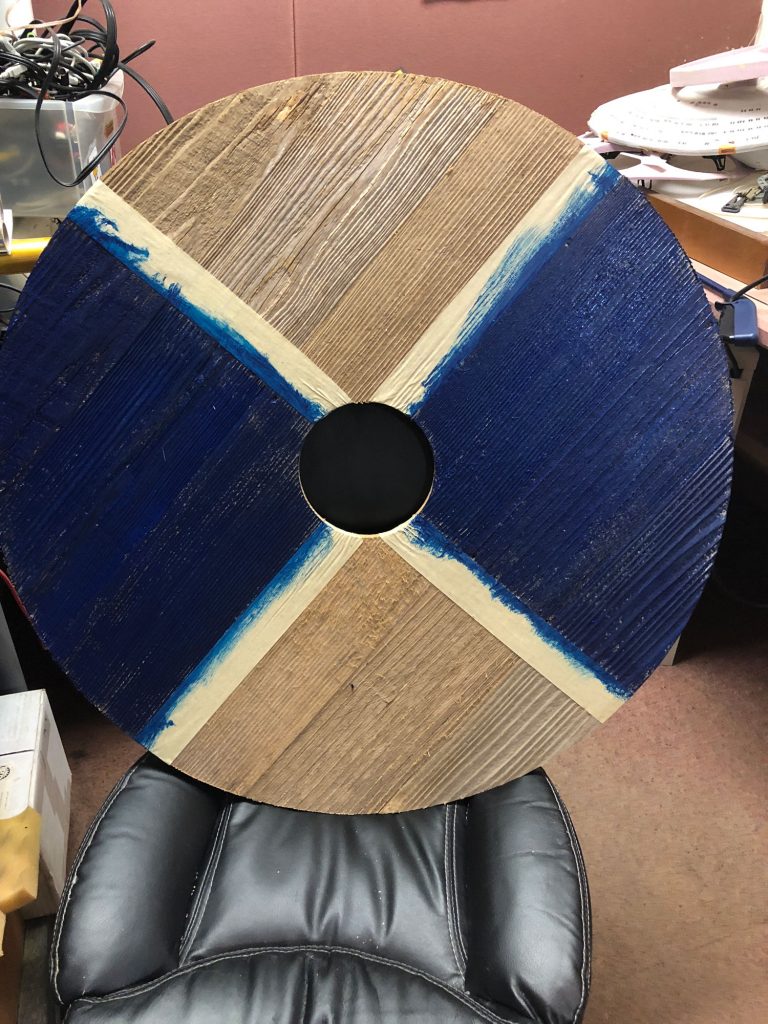 Using masking tape to create a design for painting. 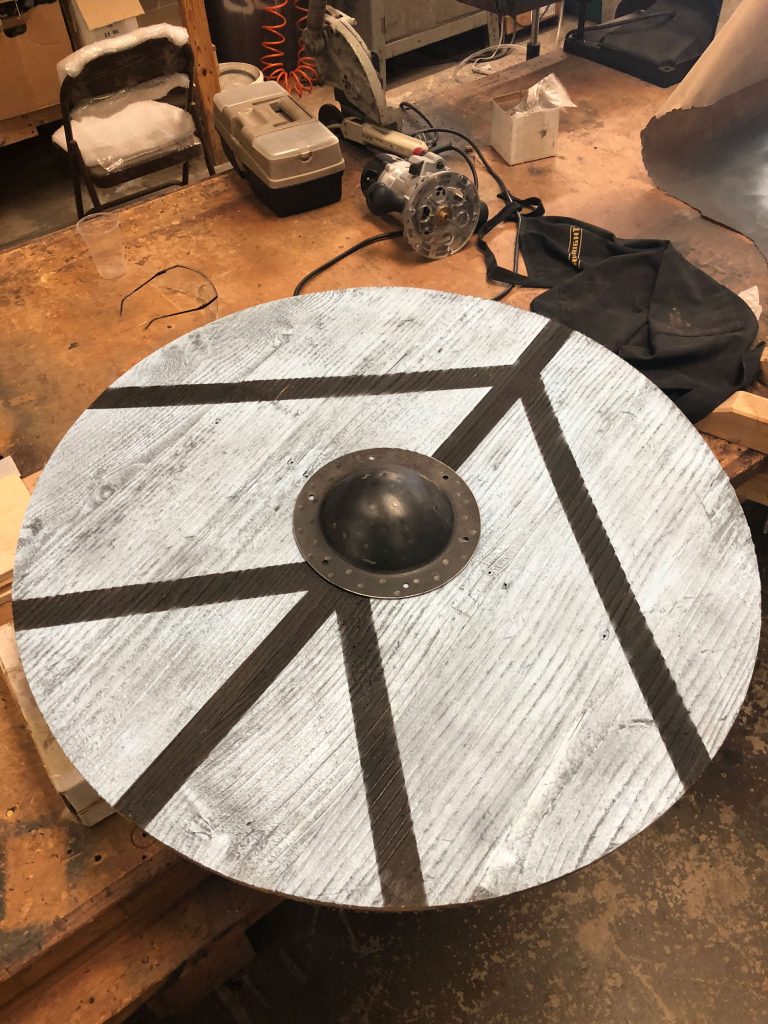 The shield bosses and handles are bolted on. 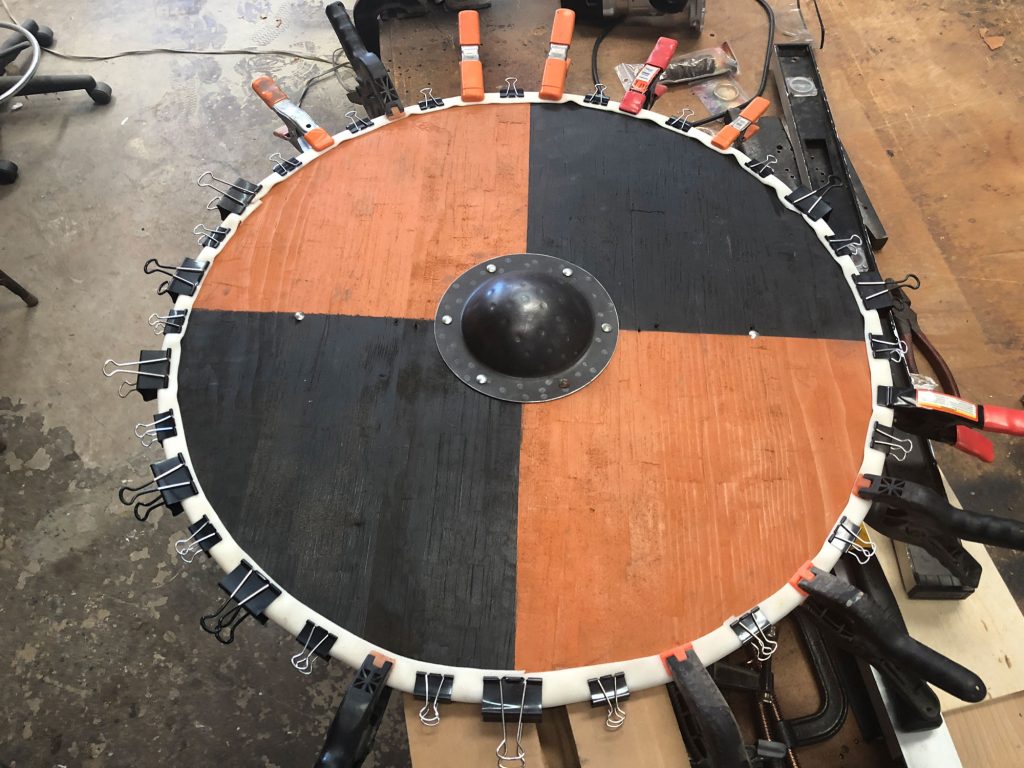 We used raw hide to edge the shields by wetting it and stitching it on with sinew. 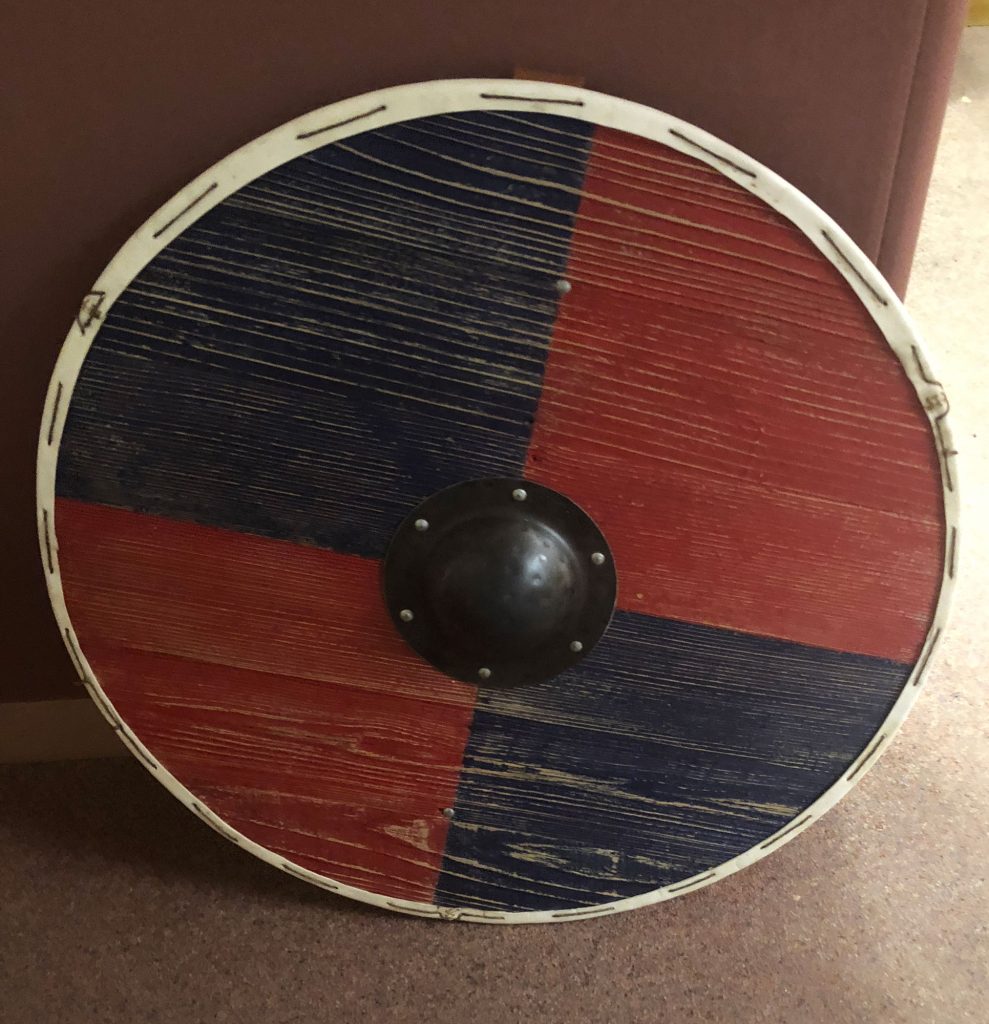 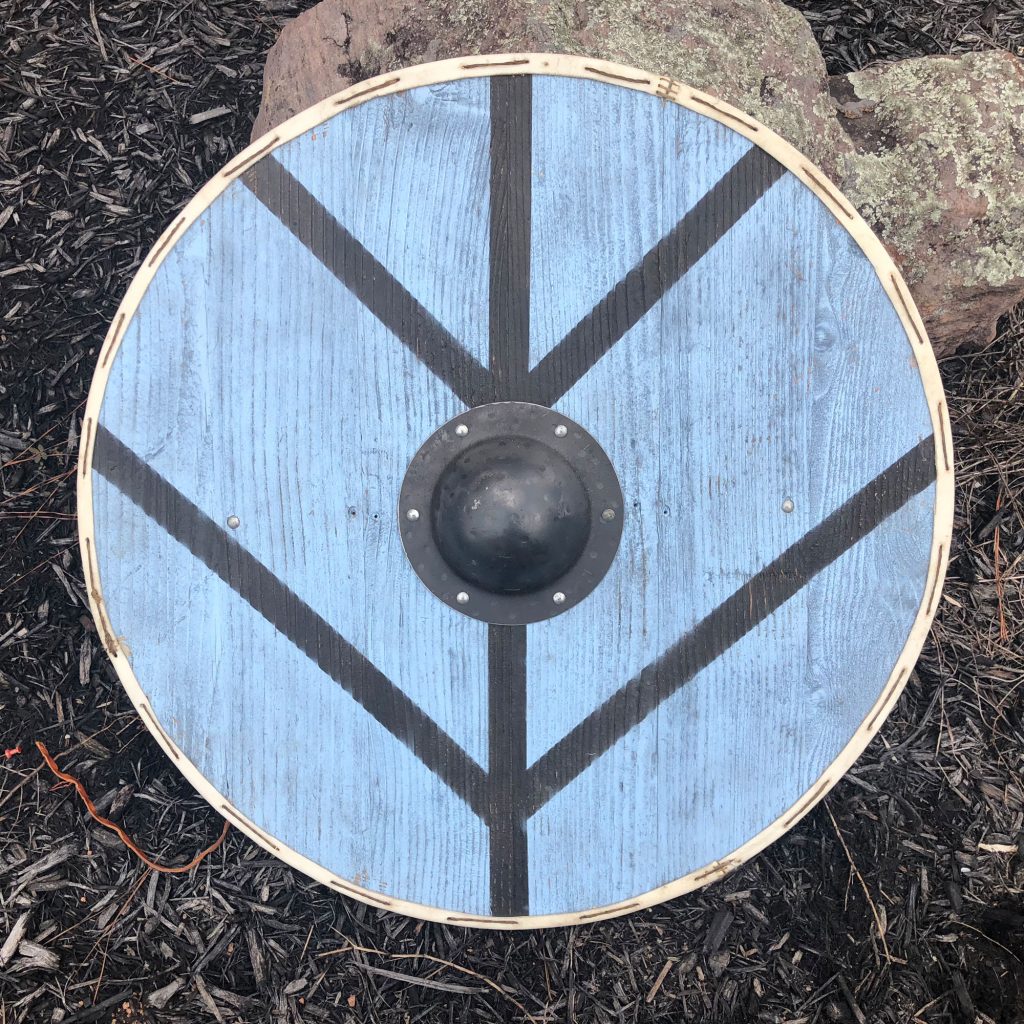 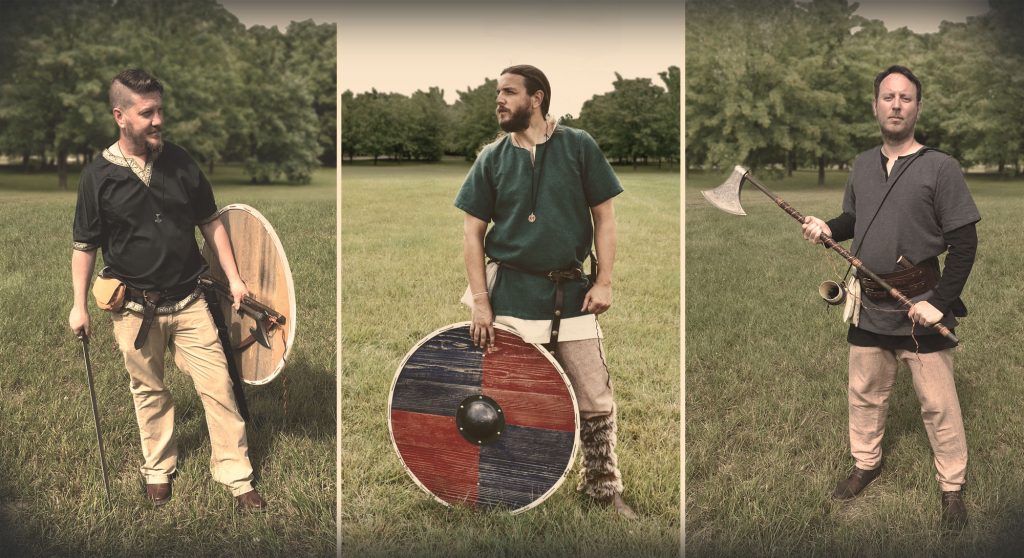 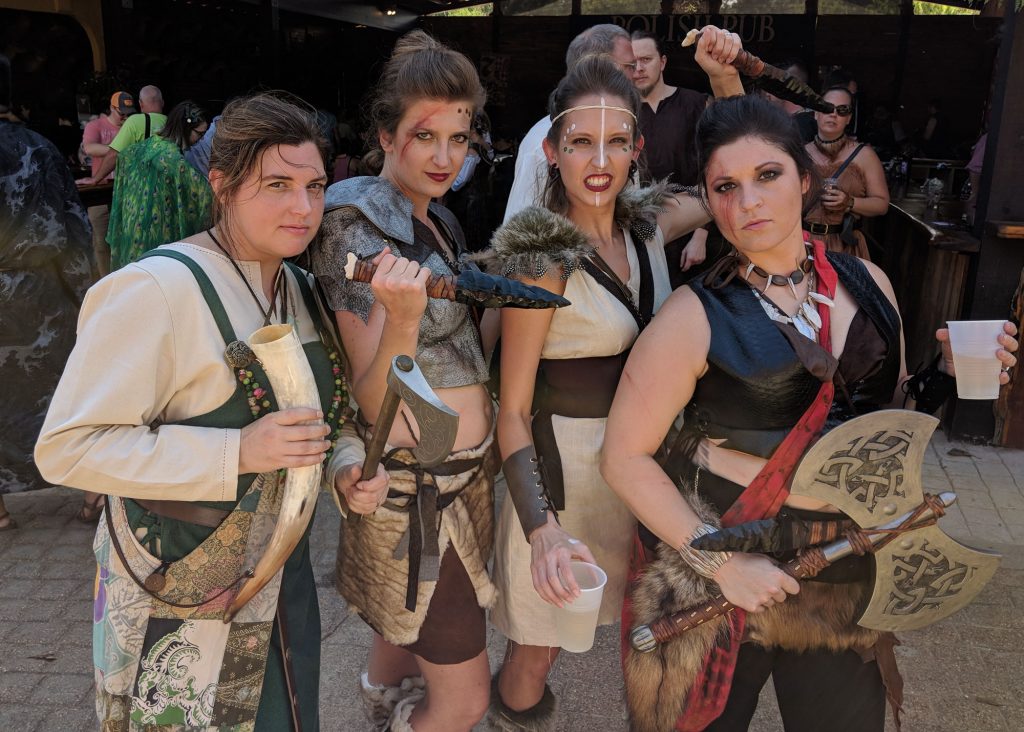 Don’t want to mess with these barbarian women!

Everyone loved their weapons and we all had a good time. Another successful prop season!

I wonder what I’ll make next year?