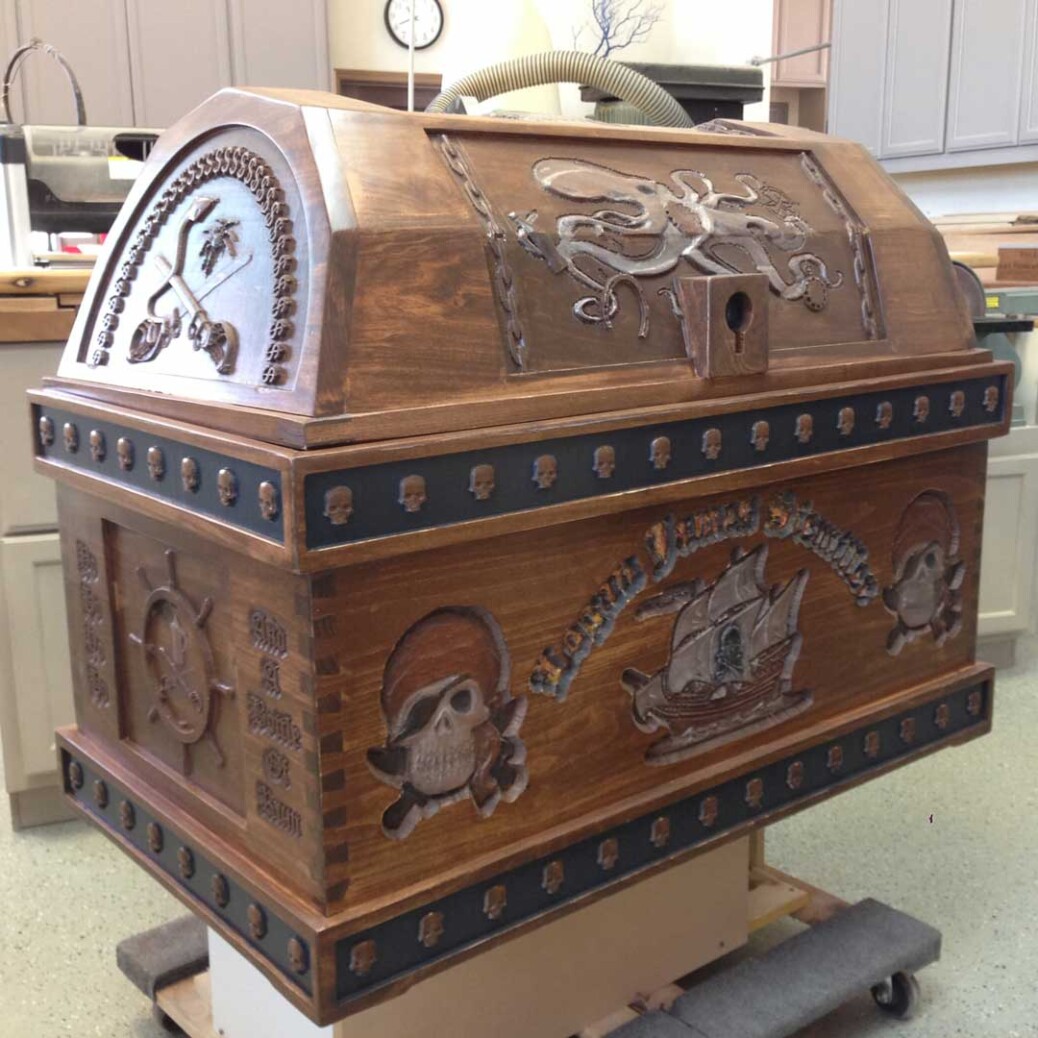 This project, posted by user Ron Boley, is a great example of how much fun you can have with your CarveWright CNC System! Ron has been a carver for many years and has always wowed on the user’s forum with his elaborate furniture builds.

He originally made this pirate chest for his grandson, Logan, a few years ago.

Now he has a granddaughter, Cora, and she is getting the same treatment. Decidedly less piratey though.

To start, all the pieces of the treasure chest are designed on and carved. This is a large project with every face of it carved. As you can imagine, this took some time.

Next, he cut dovetail joints to assemble and glue the main box together.

Then the box top was assembled and hardware attached. The top assembly is a complex set of compound angles that would intimidate most from even trying such a thing, but not Ron. In fact, he has provided a drawing with some specifications as well as a complete set of MPC files for this project. For those who are “craz…uh…adventurous enough” to take this on.

Wait, it gets better though. There is another grandchild on the way! So, since the shop was all ready to go… he made a changing table with drawers in the shape of a VW hippie van.

Great work Ron! Those grandkids sure did find treasure.