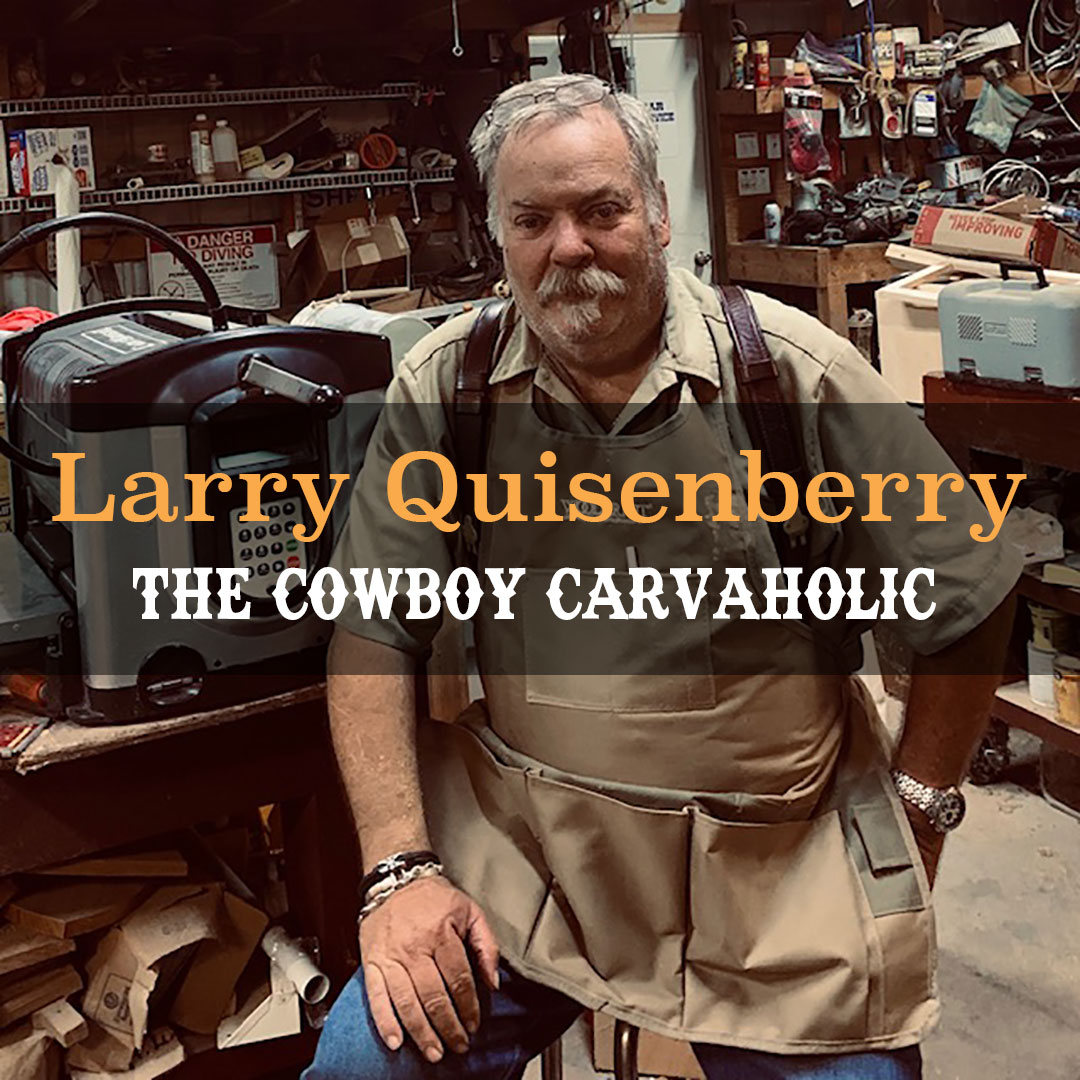 Larry Quisenberry is one of my favorite customers. He has been with us, practically forever. Larry bought his first of four machines in 2007 after seeing a Sears commercial and speaking over the phone with owner Chris Lovchik. He likes to tell the story, “The actual inventor of this cool new machine called me personally to answer my questions. That made a lasting impression on me.” Being a fellow Texan, Larry has made many visits to CarveWright’s offices over the years, and he’s made a lasting impression on us, as well.

Since he received his first guitar at age 13, Larry knew his destiny was in music. He has spent most of his life performing and touring around Texas. Besides his own bands and one man shows, he has worked with some of the greats, such Freddy Fender, Michael Martin Murphy, Tammy Wynette, Jerry Reed, Earl Thomas Conley, Garth Brooks, Johnny Lee, Sawyer Brown, and John Anderson, just to name a few.

Larry describes his music as “Coastal and Western” with influences, such as Jimmy Buffet, The Texas Outlaws (Willie, Waylon and the boys) and years of singing in his local cowboy church. He has even performed twice for us at our CarveWright Conference during the Welcome Banquet.

Add high school theater classes to that and he became an actor performing in musicals such as “Best Little Whore House in Texas”, “Oklahoma”, “South Pacific” and many others. More recently, we all enjoyed playing “Where’s Larry?” as he had a regular role in the post-apocalyptic NBC hit show “Revolution” playing a Willoughby townsperson in 13 different episodes of season 2. He enjoyed making signs for his co-stars and they enjoyed receiving them.

Larry has always preferred making things, rather than buying them. Whether as small as a bird call or as big as his home, which he built in 1997, Larry has made those and everything in between. Nestled north of Austin in the heart of Texas, The Quisenberry Ranch includes many of his favorite things including his horses, dogs, cats, chickens, bees, two parrots, and his love, Cindy.

Larry describes his shop as his “primary sanctuary” and one of his “favorite places to be”. His projects, which usually consist of a rustic/western/vintage feel, have “paid for the machines many times over”.

His biggest project included 200 Texas-shaped & numbered room door signs for a motel out in West Texas.

He also, recently, did carvings for all the table settings and signage at a beautiful wedding.

Larry says he doesn’t do fancy projects, but when looking at his work, you can see a completeness in concept that isn’t ordinary. When Larry takes on a project, he really takes it all the way. Like the Ranch and the wedding carvings, he uses multiple pieces to create an overall theme that, to me, makes it fancy. Even when he makes signs, he goes a little bit further to give them a uniqueness that sets his work apart. He dreams to one day build and perform with his own CarveWright made guitar. We look forward to seeing that.

In January 2015, Larry started the CarveWright Carvaholics Facebook group, hoping to catch up with a few fellow carvers to exchange ideas and information. Today, the page has grown to be the top CarveWright Community on the internet and Larry says, “I am so happy about the resource it has become for so many great friends. I have made so many treasured friends through the CarveWright community and many have been such a blessing to my life. All that being said, ‘I’d fight ya for my CarveWright.’”

Join the Carvaholics Group today and enjoy the community.