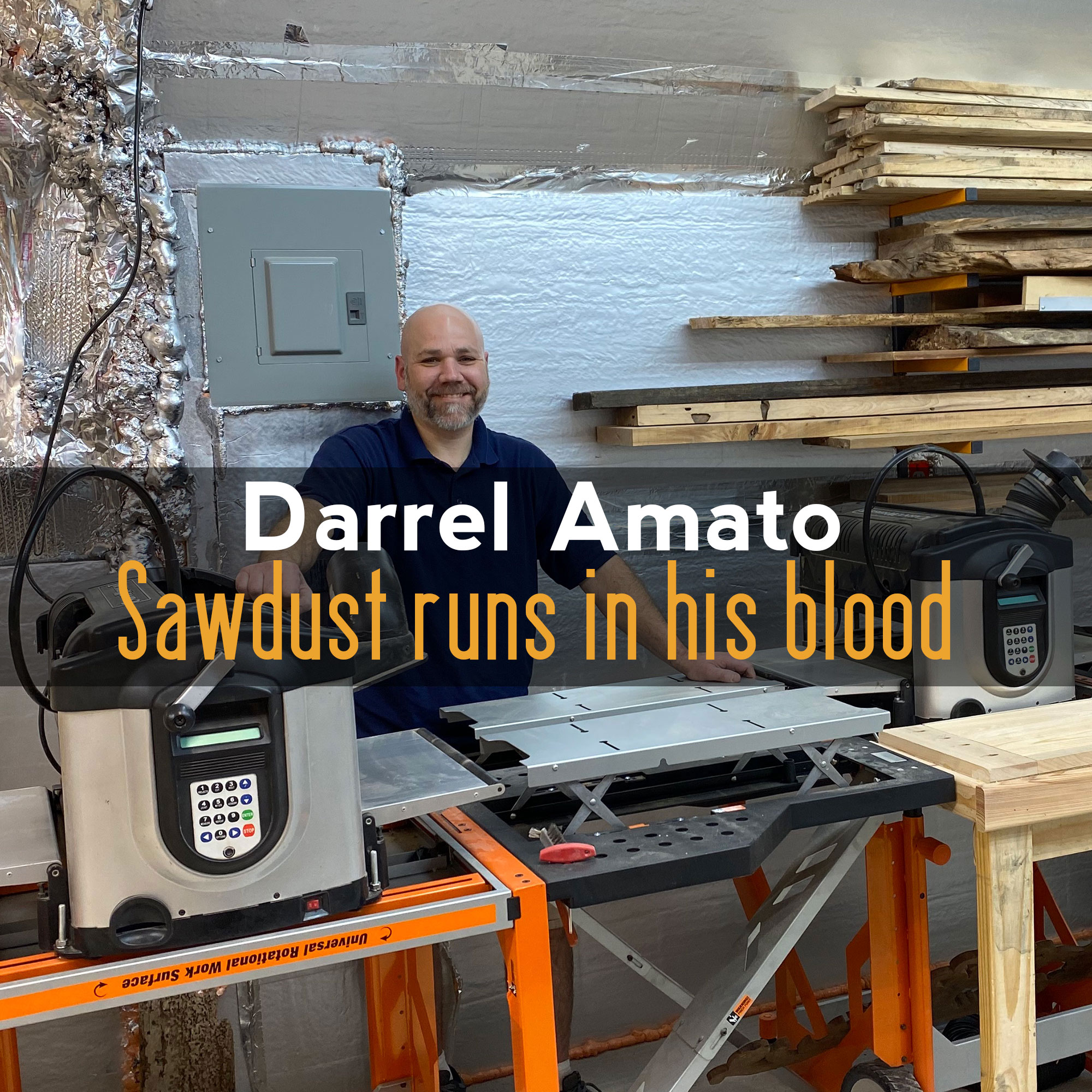 Darrel Amato’s father and grandfather both owned cabinet shops when he was growing up. “I guess sawdust runs in my blood” Darrel jokes when explaining the family history. He’s lost them both now, but feels like they are right there with him in his shop. A shop he named after them – DLR Woodworks for Darrel, father Leroy and grandfather Rogers. Darrel’s older brother, Vinnie, has also carried on the family tradition and owns his own cabinet shop, as well. Darrel works as a hardwood lumber salesman, but he builds furniture on the side. The furniture that he builds is sold through his employer, Acadian Hardwoods in Ponchatoula, Louisiana. Although, not a furniture store, they are impressed enough with his carpentry skills to want to sell his pieces.

Mostly, Darrel uses the CarveWright to cut pieces for his outdoor swings, benches and chairs, but he recently finished a 14’ live-edge table measuring between 45 & 48” in width. That table was a collaboration with his brother Vinnie, and his, “right-hand-man”, son Nathan. He used the CarveWright CNC to cut the leg and feet sections for the table.

His favorite project to date is the 4’ T-Rex made out of glued up strips of Sinker Cypress. His sons, three year old Cayden and 18 year old Nathan, seem to enjoy it, too!

Darrel and wife Cynthia purchased their first CarveWright after being introduced to it by a friend. That friend also helped him learn how to use it after being intimidated by it for several months. Now, he is confident enough to have purchase a second machine to keep up with the work in his shop.

Of course, sometimes he loves just making fun projects for his friends and family. Many of his projects have been personal requests.

One particular technique he has discovered is an amazing process for carving photos into wood. The results are stunning.

Darrel has found “with a machine that has so many capabilities, it’s hard not to start challenging myself with new projects”.

Darrel is continuing the family tradition with his oldest son Nathan, whom assists him regularly in his shop. Keeping the sawdust in the family blood, if you will. I expect he will be passing down his CarveWright to him one day, too.