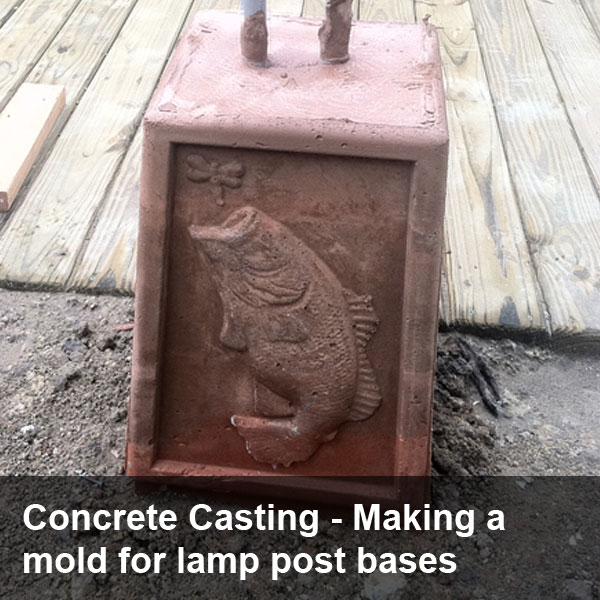 Over the summer, we did another exciting molding project that turned out really well. I wanted to show it off before I got too far into other projects. We were putting some lamp posts along a boardwalk in my brother’s yard. These lamp posts needed pedestals to be secured to as well as to make them stand tall enough. Making a simple box form to pour concrete into would be one way to do this, but what if we had carvings in this box form?  With this thought we set out to the PatternDepot to find some patterns appropriate for the area and designed our form sides. 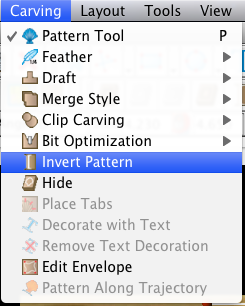 To make this a mold the patterns are inverted, or carved inside out like a dish rather than the normal way they would be carved.  This is simply done with the Invert button found in the Carving menu of the Software.

REMEMBER: When making casting molds, the image will be reversed in the cast.  This is especially important if you are using any sort of text or symbols that you don’t want backwards.  Use your Flip & Rotate tools to reverse the image on the board.  Remembering this tip will save you time, material and headaches.

Next its off to the CarveWright machine to make these.  We had to carve two of them in order to have all four sides of the box, but doing them with the 3/16″ Ballnose Carving bit made them go pretty fast.

Since nobody would be looking at the molds, they were carved out of inexpensive plywood and then cut out on a miter saw so there were four individual sides.  Then on the table saw with a miter gauge, two of the sides were ripped down the middle of the half-round border.  This was to make the edges line up and form nice rounded corners. 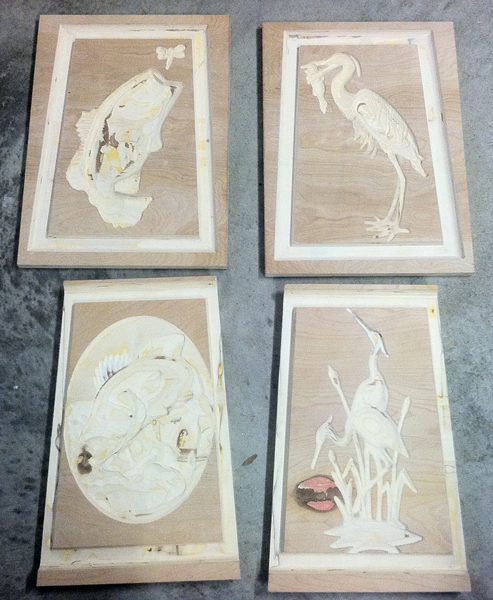 The next step was to prepare the molds so they would release from the concrete. First they were sprayed with a white shellac primer to seal the wood. 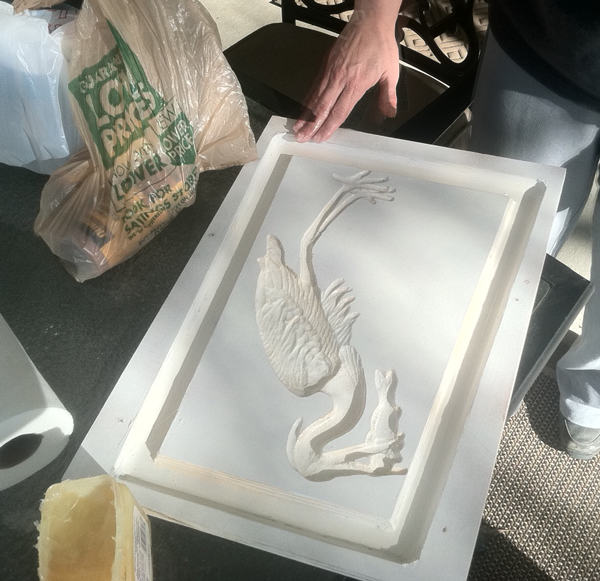 Then they were greased with Vaseline (petroleum jelly) to serve as a mold release. 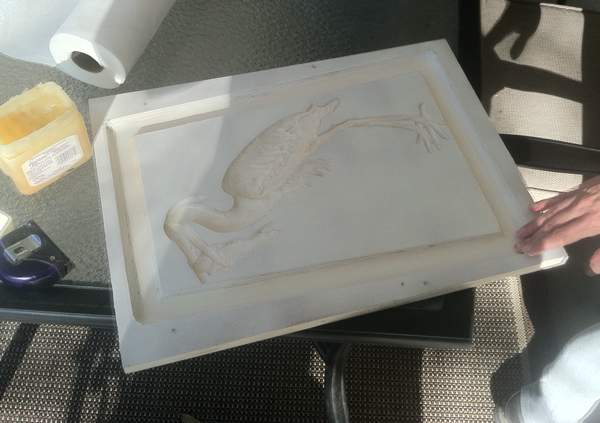 Then the box was assembled.  The inside corners were lined up and the box screwed together. 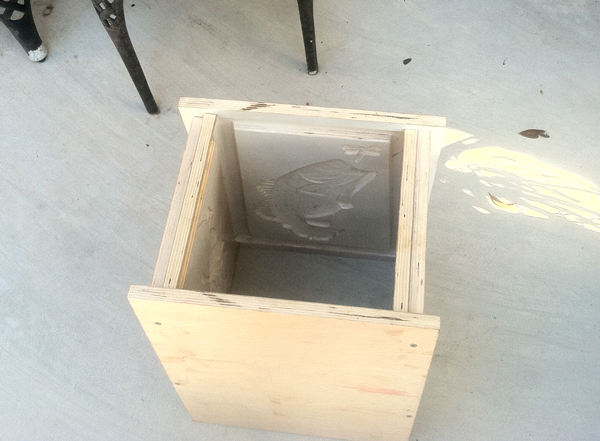 Supports were used on the back of the cut down pieces to have something to screw into. 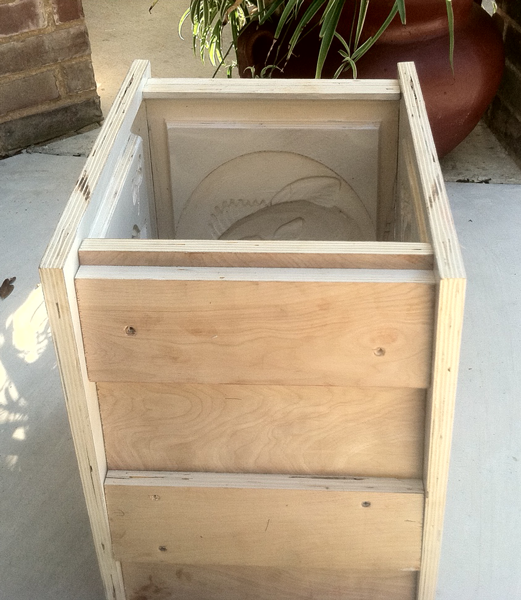 The conduit and wiring had already been positioned for the lamps, so we set the mold in place, mixed the concrete and poured.

We learned pretty fast that mixing this much concrete is a ton of work. We ended up investing in a cement mixer from Harbor Freight.  It was worth every penny.  Especially since this worked out so well, we will be doing much more of this kind of casting. 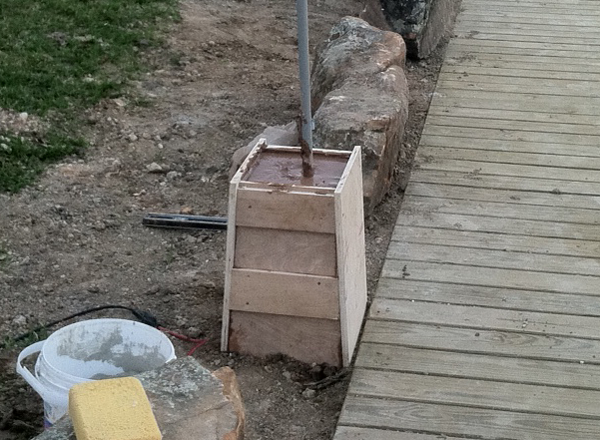 A red concrete dye and an acrylic binder was added during the mixing process to give the concrete a nice color and more rigidity. 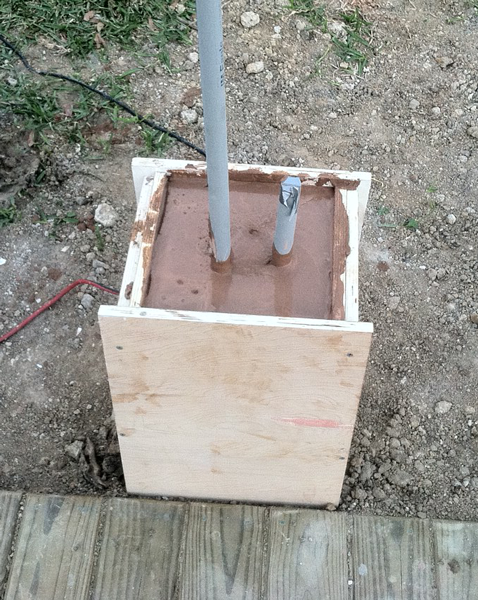 This was just regular Quickrete so it setup fairly fast, but we waited to de-mold until the next day. 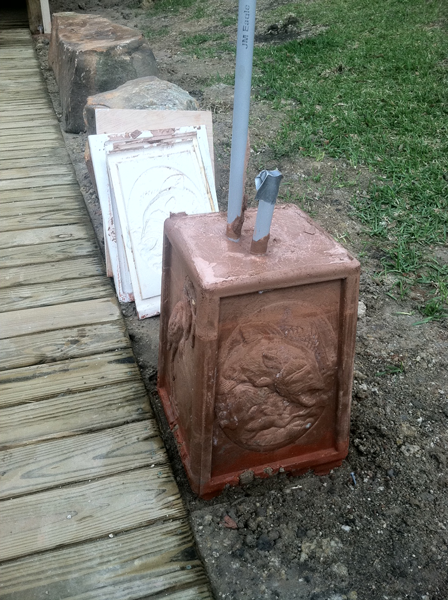 The form sides popped right off without any trouble after the screws were removed, and the details of the mold were perfect! 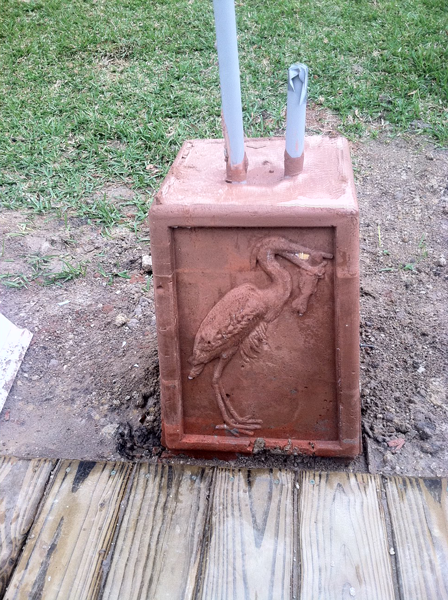 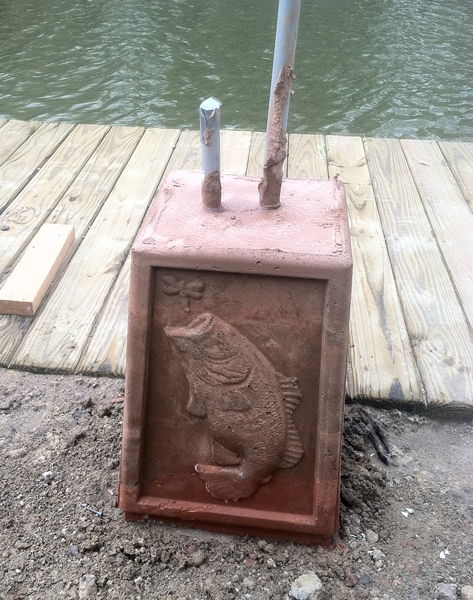 This worked so well, it was time to make another!

Same process and a day later, we had another one. 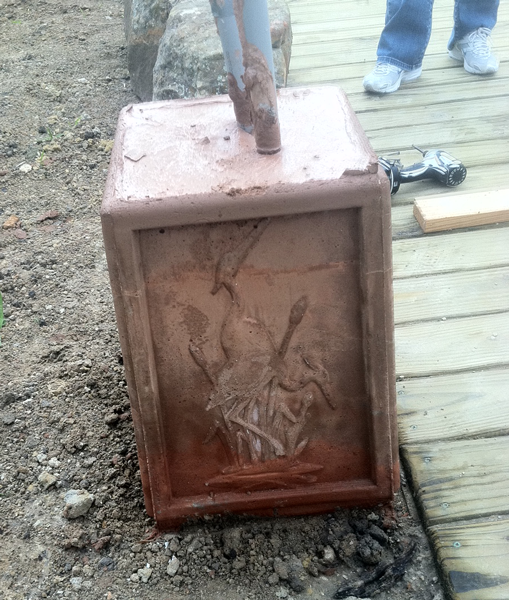 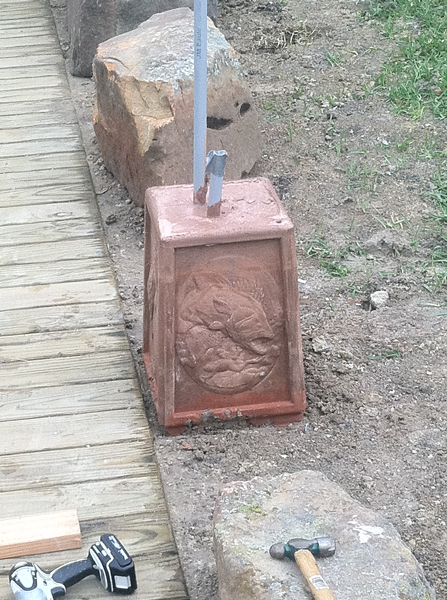 Next is to put the lamps on top and light up our walkway! 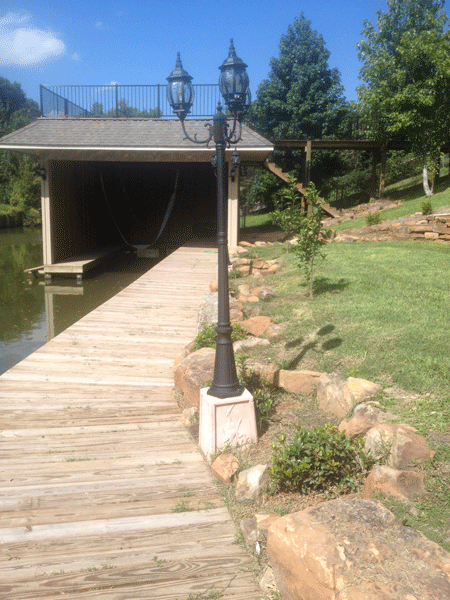 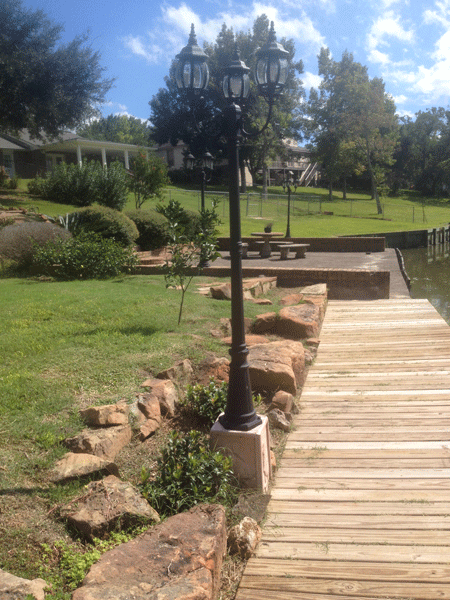 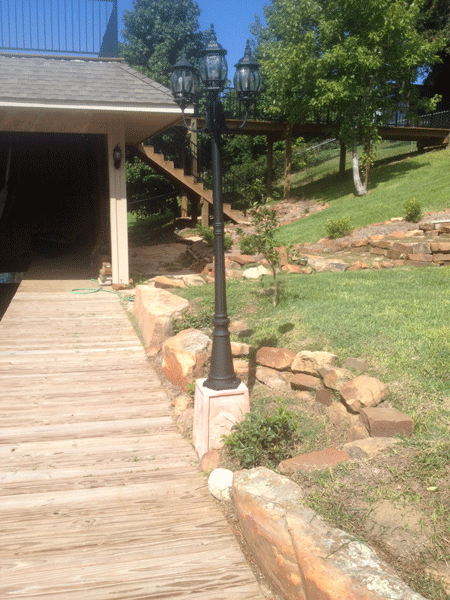 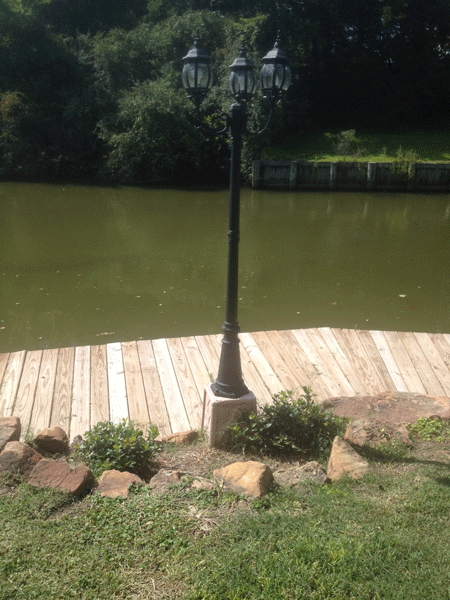 This project requires the following bits:

This project uses the following patterns: