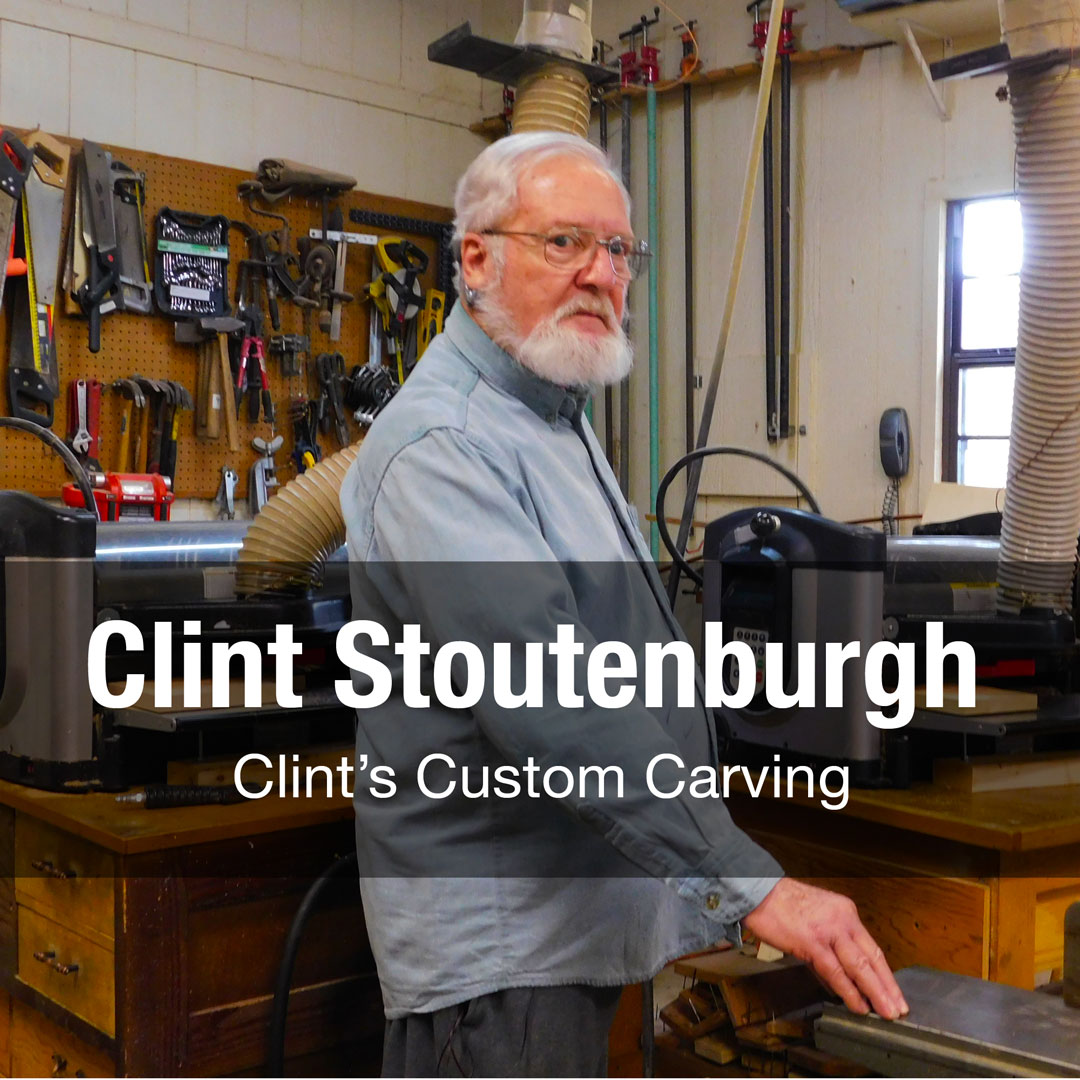 If you’ve spent any amount of time on the CarveWright users forum or Carvaholics Facebook group, you are familiar with Clinton Stoutenburgh (AKA cestout).  Clint has been carving with us from the very beginning after acquiring his first unit in 2007. As many new users do, he joined the user’s forum and started asking a lot of questions. It wasn’t long though, that he was doing more answering of questions than asking.

Clint jumped in and learned everything he could about the operation of both the machine and software.  He went through every tutorial he could find taking what he learned and putting it into practice. 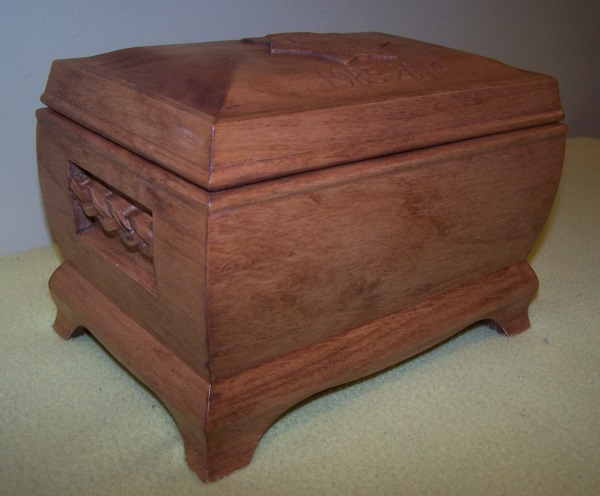 He purchased projects from the Pattern Depot and, while making them, really analyzed how they were designed.

The Leaf Box was inspired by other projects in the Pattern Depot. 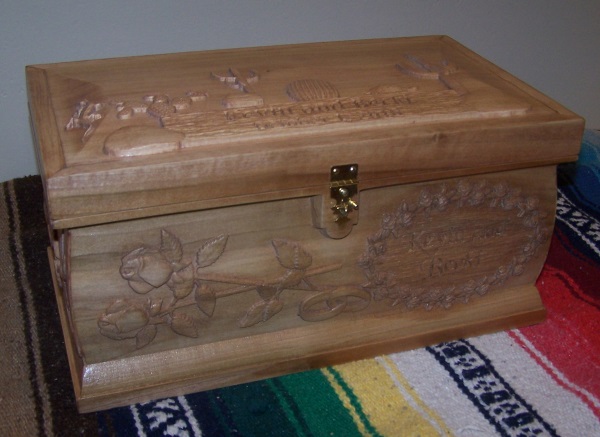 The customizable “A More Elegant Box” project is Clint’s all time best seller.

“When you approach an idea and think, “could I do that with my CarveWright?” Figuring out the solution is fun and addicting.” 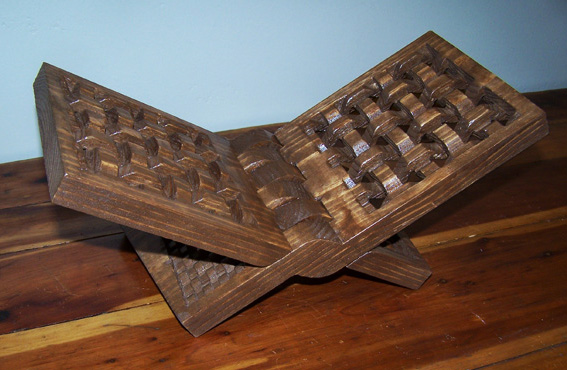 Clint’s clever 2 sided basket weave book stand puzzles together and can fold flat. It’s similar to a version he has in the Pattern Depot. 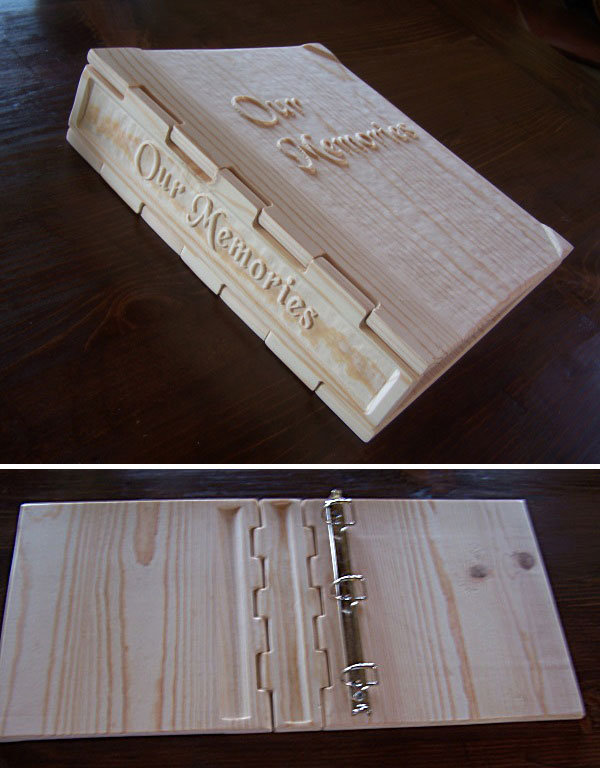 This wooden hinged photo album cover is a great example of Clint’s ingenuity. 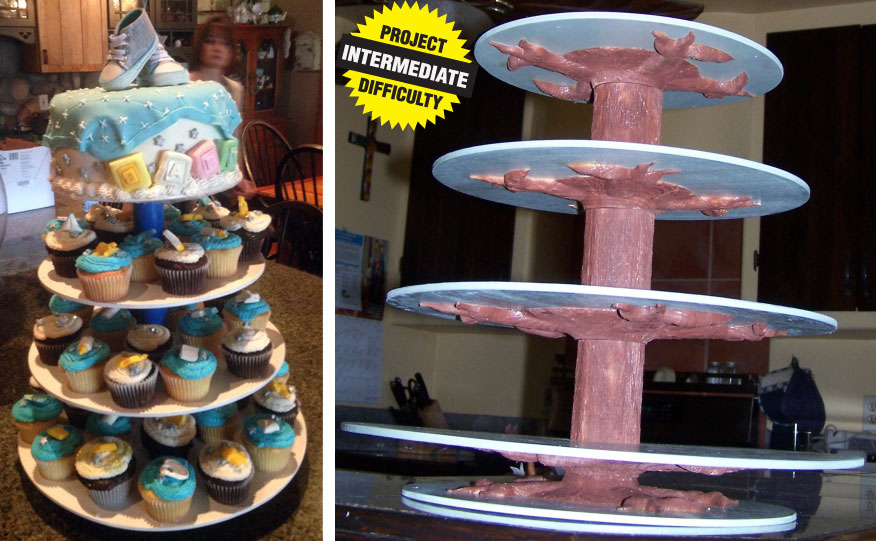 The need for a cake stand for the birth of grandson #13 inspired this fanciful Cup Cake Tree project.

As soon as people started seeing what Clint could do, orders started coming in. In response, he created Clint’s Custom Carving as the name of his CarveWright based business and built himself a website.  He’s made signs, plaques, custom boxes, memorial pieces, and many other pieces for customers all over. 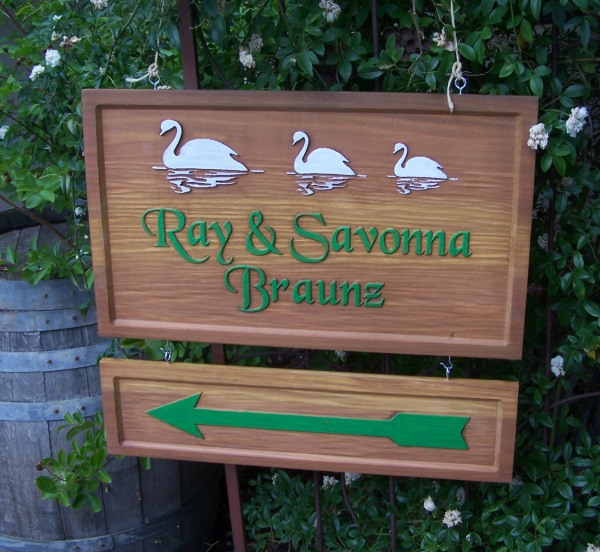 I think designing and building for all of his kids, grandkids, and great grandkids is where Clint’s real passion lies. Every year, he makes Christmas presents for all the kids in the family.

A sample of Christmas presents from a couple of years for the grandkids and great grandkids. 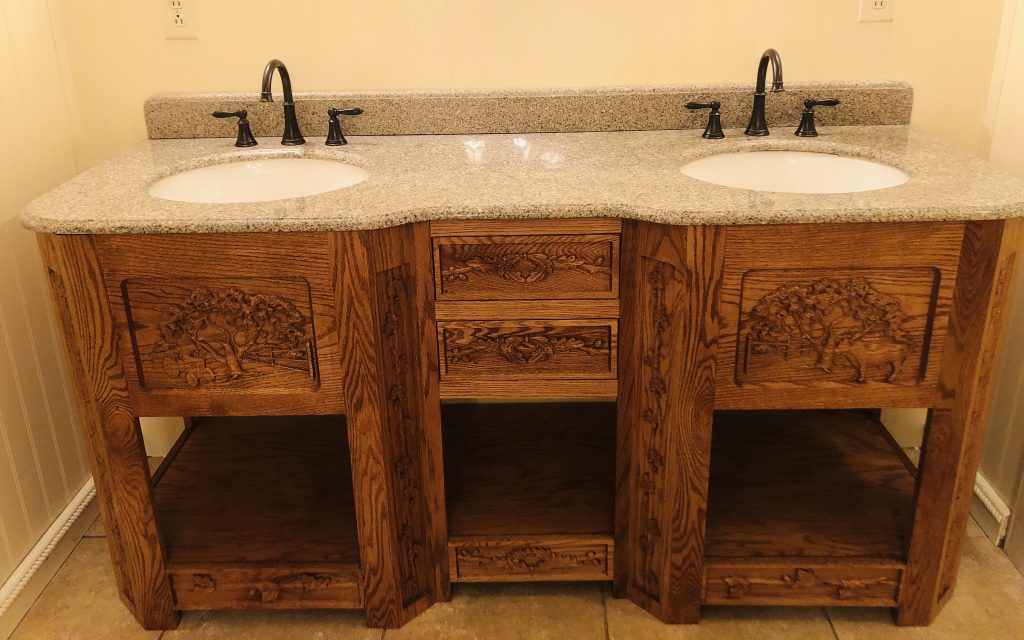 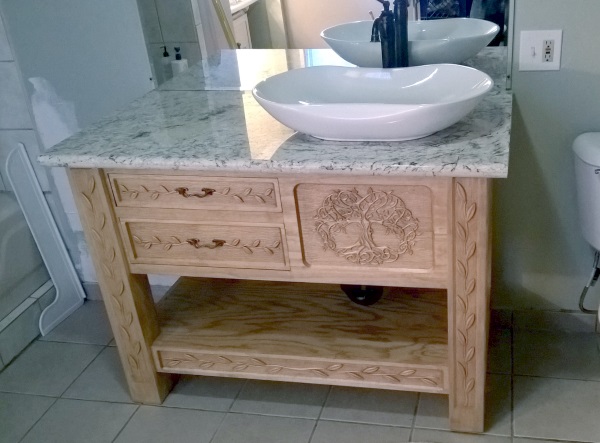 These custom vanities for his daughters are truly impressive.

Clint’s explorations have led him to be one of the most active members of the CarveWright community ever.  He is the second largest project vendor in the Pattern Depot, he is an active member on both the users forum and Carvaholics group, he does training in his shop as a STARTU member in the southern California area, and he keeps pushing the boundaries of what the CarveWright can do to the benefit of all of us.

The Tambour Box shows us there are so many possibilities. 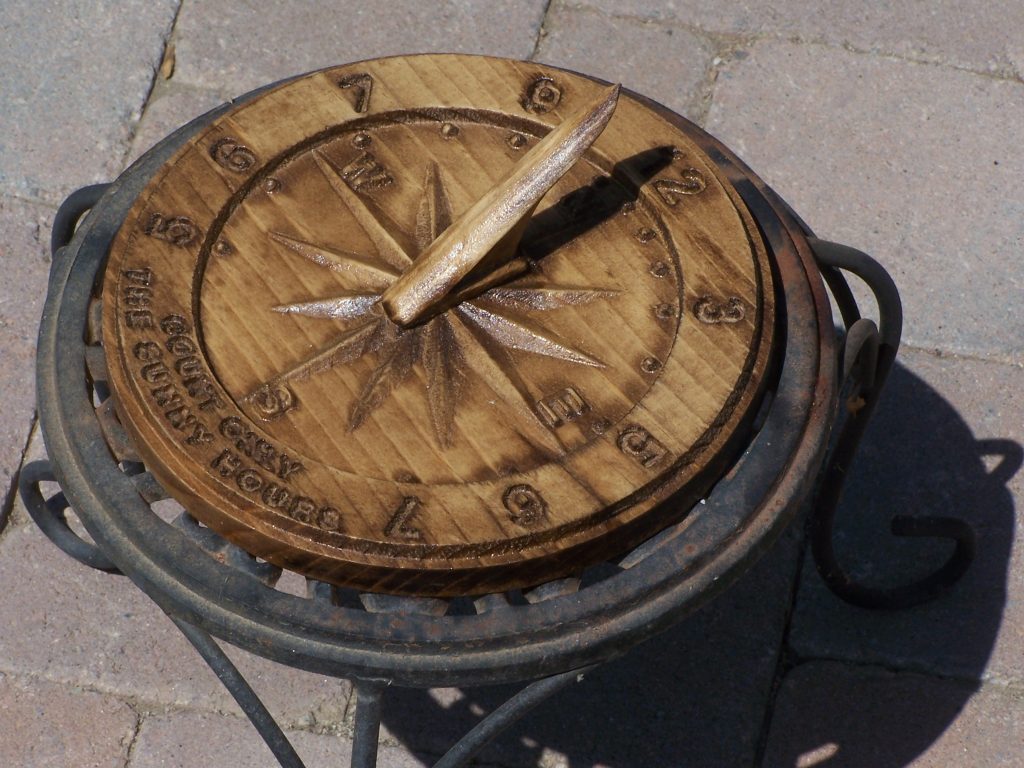 It took some time to work out the math for this sundial project.

In our interviews with Clint, we discovered he has a staggering 2000 hrs on his upgraded B machine and 1300 hrs on his C! Needless to say, he’s well versed in the maintenance and upkeep of his CarveWright units.

See all of his patterns and projects in the Pattern Depot