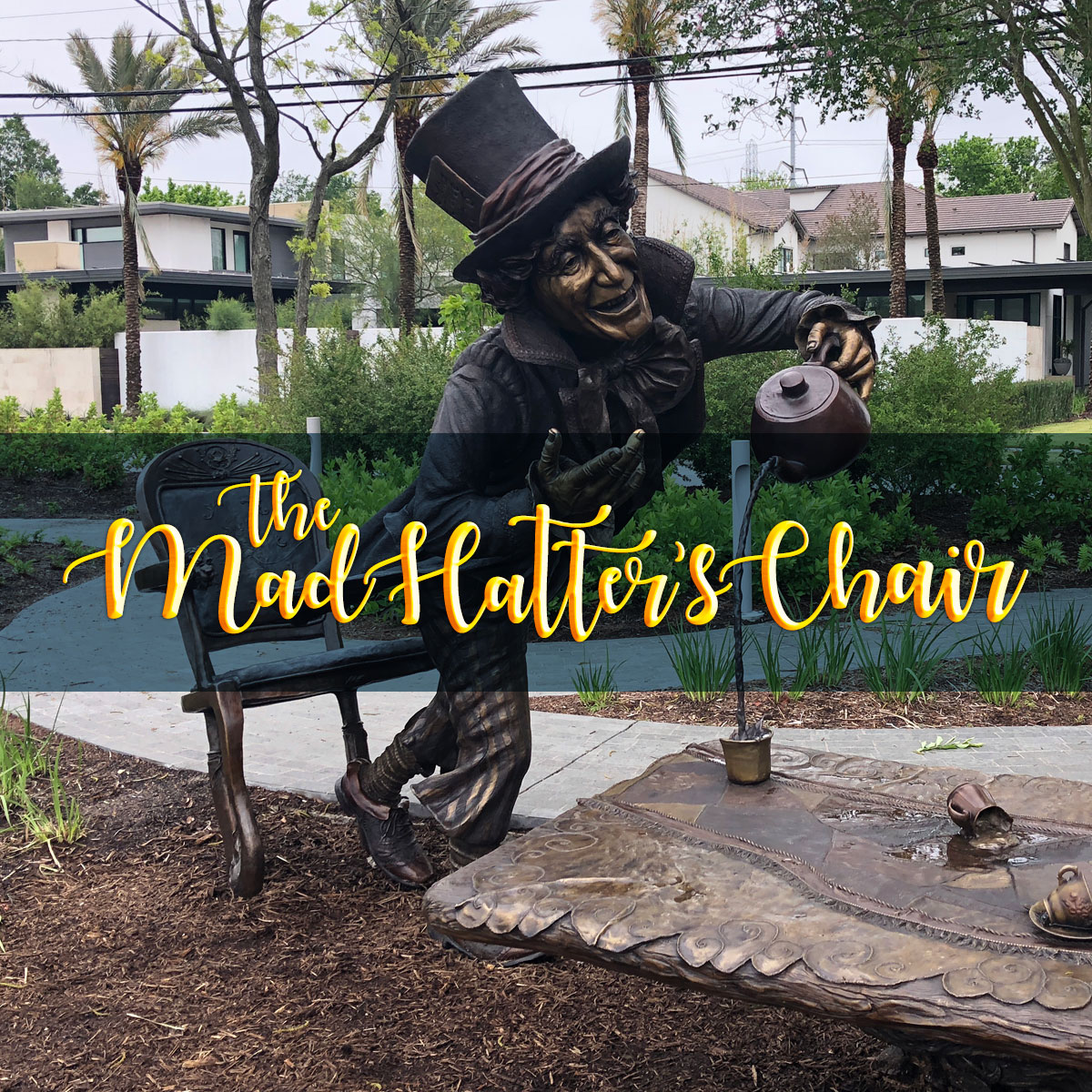 A couple of years ago, I was asked to work on another project with sculptor Bridgette Mongeon.  You may recall the Best Of Big Taste Trophy I did with her back in May of 2015.  Bridgette is a really interesting artist.  She marries 3D technology with her more traditional hand skills into a very streamlined workflow.  She makes really amazing sculptures using these techniques, and then she writes books about it.  Kind of like my Build blog, but times 1000.  Check out her books and other work on her website creativesculpture.com.  Before you do that, lets check out her latest work which I was privileged to be a part of.

“Move One Place On” 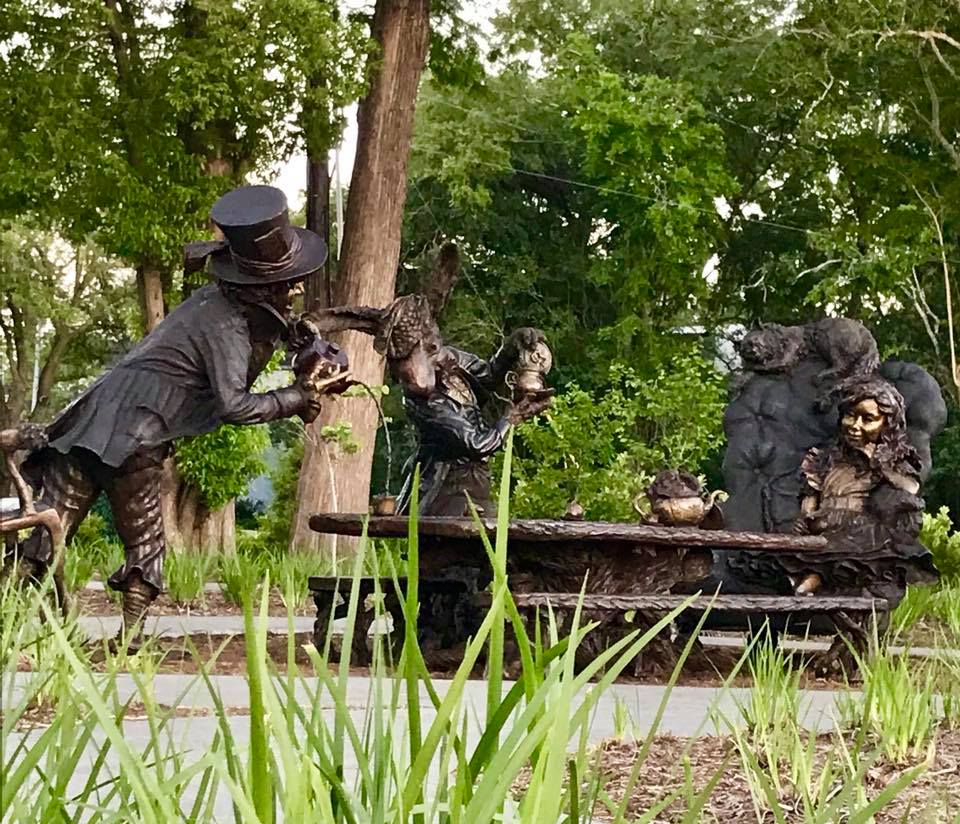 “Move One Place On” is a line from Alice in Wonderland when the Hatter wants to change seats.

Bridgette had the idea for an interactive Alice in Wonderland tea party sculpture years ago. She worked up the initial sketches and spent years looking for a patron.  Finally in 2015, just a week after the 150th anniversary of Alice in Wonderland, she signed a contract with the Evelyn’s Park.  It took 3 years of sculpting, carving, 3D printing, making molds and casting in bronze to get what was unveiled last week in the park.

That 3D technology process of Bridgette’s that I mentioned goes something like this.  She sculpts by hand a small maquette out of clay to sketch out her ideas, using photographic poses and other reference for the elements she’s creating.  Once the maquettes are finished, she 3D scans them, so she can further detail them on the computer using 3D sculpting software. She then sends the 3D files off to be carved out of styrofoam on a large CNC.  Once the carved pieces arrive, they need to be assembled and covered in clay for the final details to be sculpted.  Some smaller and/or specialty parts will be made using 3D printers, and in the case of the Mad Hatter’s chair, with the CarveWright.  She has videos on her Youtube page that explain it much better than I can.

Bridgette sent me the chair file as an STL and I was a blown away at the scale of it.  It’s 5 foot tall!  Plus, it was just the frame of the chair, no cushions, or even much embellishment. 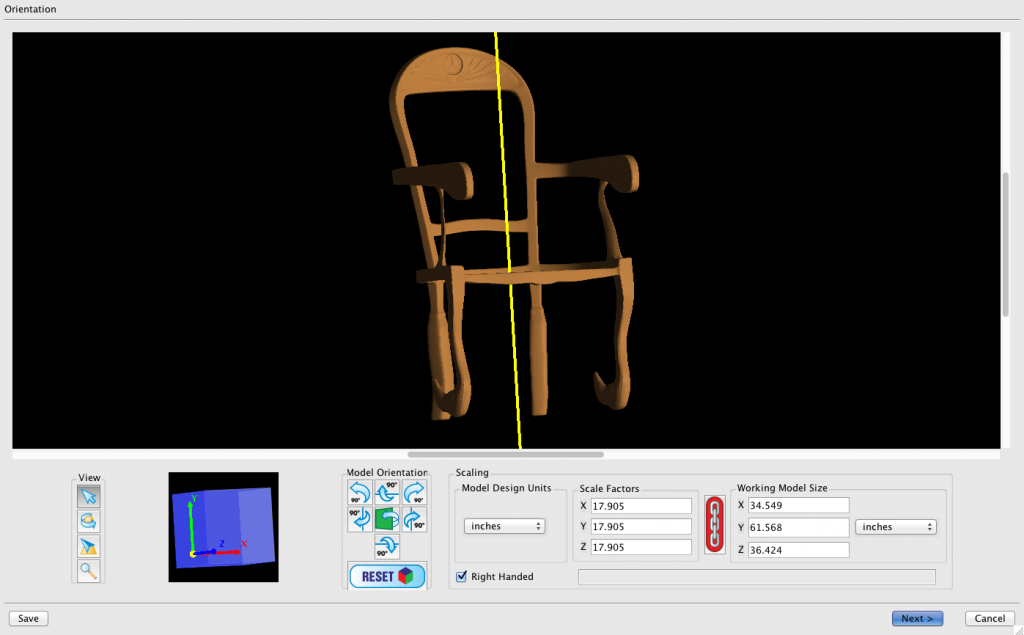 It took me awhile to figure out how to get it sliced into workable pieces using the STL Importer, but I solved it and was soon ready to carve. 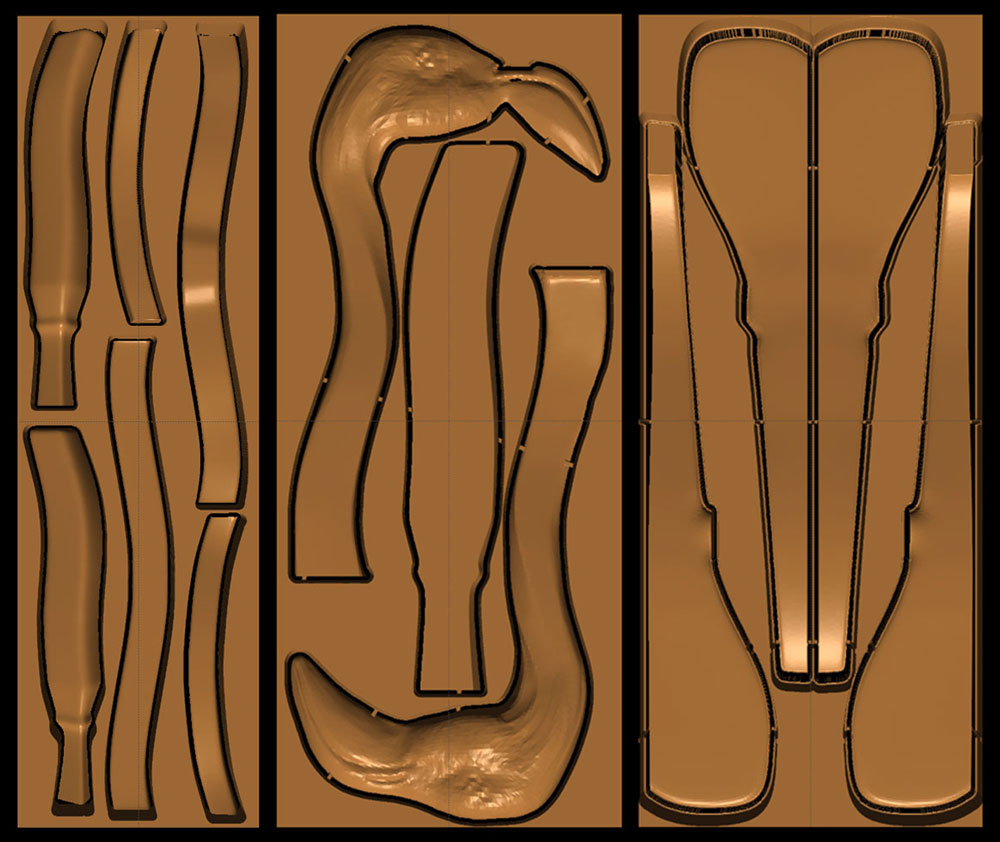 A sampling of the project files

The main reason this had been brought to me was to make it out of a sturdy material.  Styrofoam wasn’t rigid enough without an armature, and that posed some difficulty.  So, the thought was to carve it out of something solid, so it was its own armature. MDF was the perfect choice.  Solid sheet material with no grain that I can make any size and shape I need.  All these slices were laid out to be carved on 2 inch thick boards, so first thing I did was cut and glue my material together. 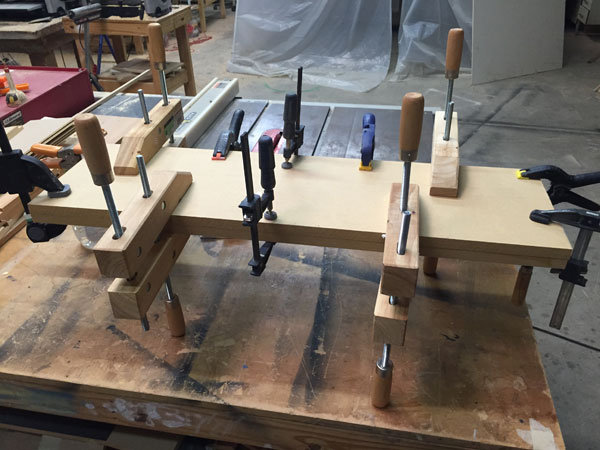 Once the material is prepared, it was just a matter of feeding the CarveWright one board after another.  There were 8 projects in total, ranging from 4 to 8 hours of carving each.  I had two machines going for this project, and was seriously tempted to get a 3rd one.

When one board came off the machine, I’d put the next one in and then start removing the parts. 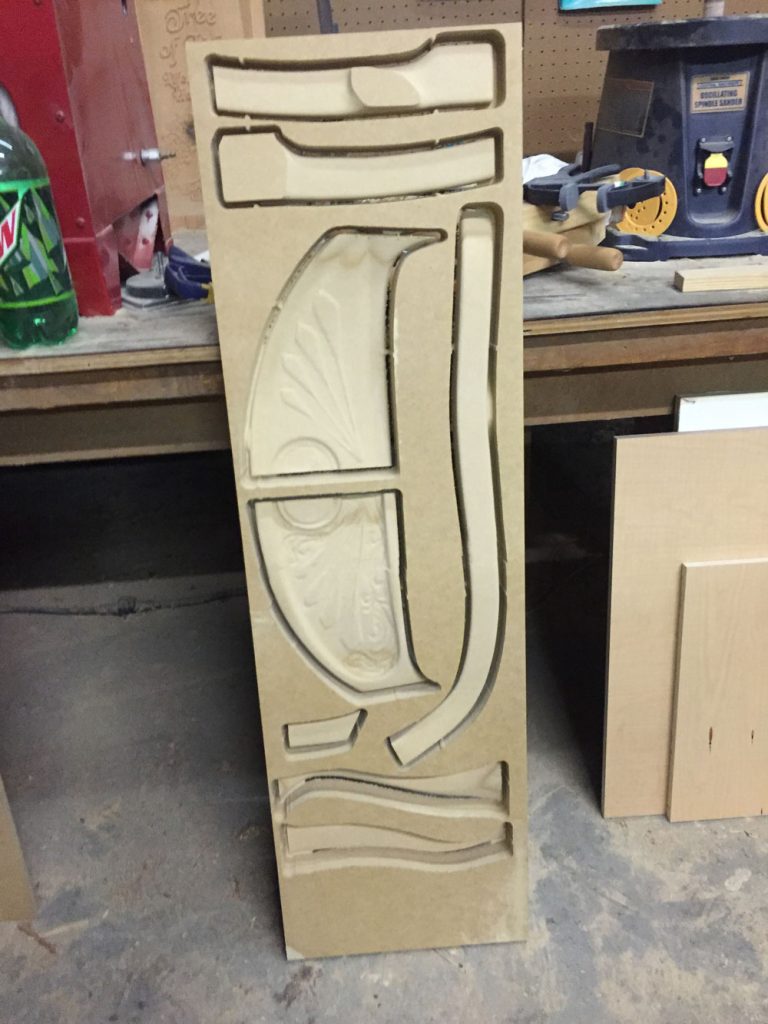 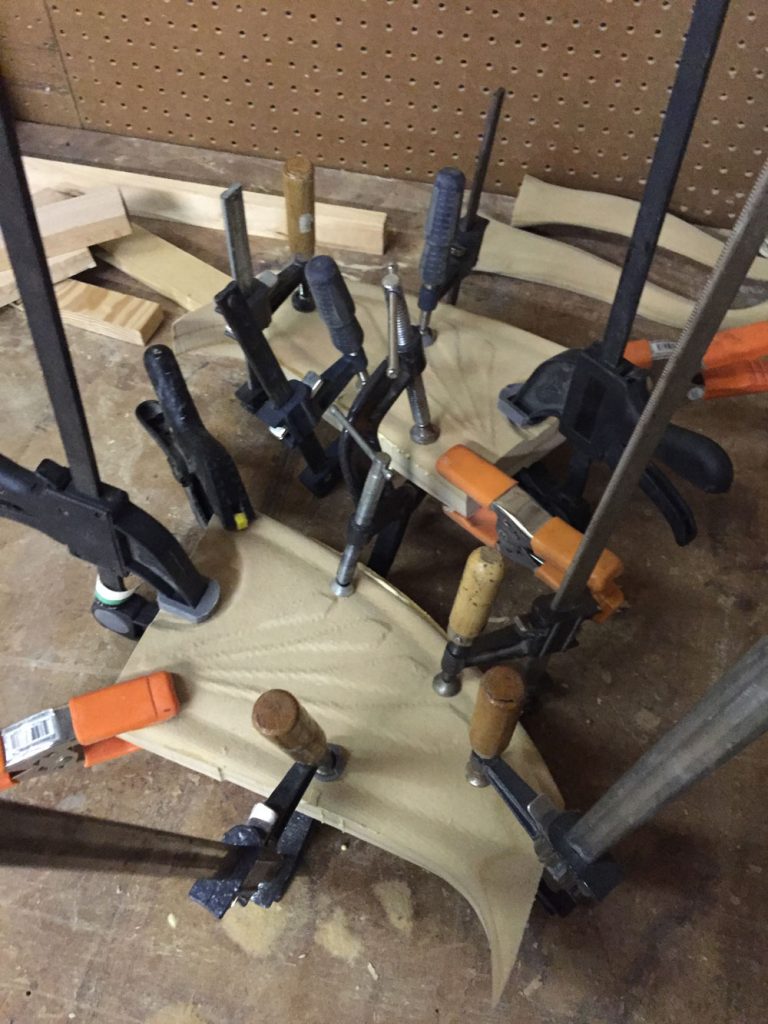 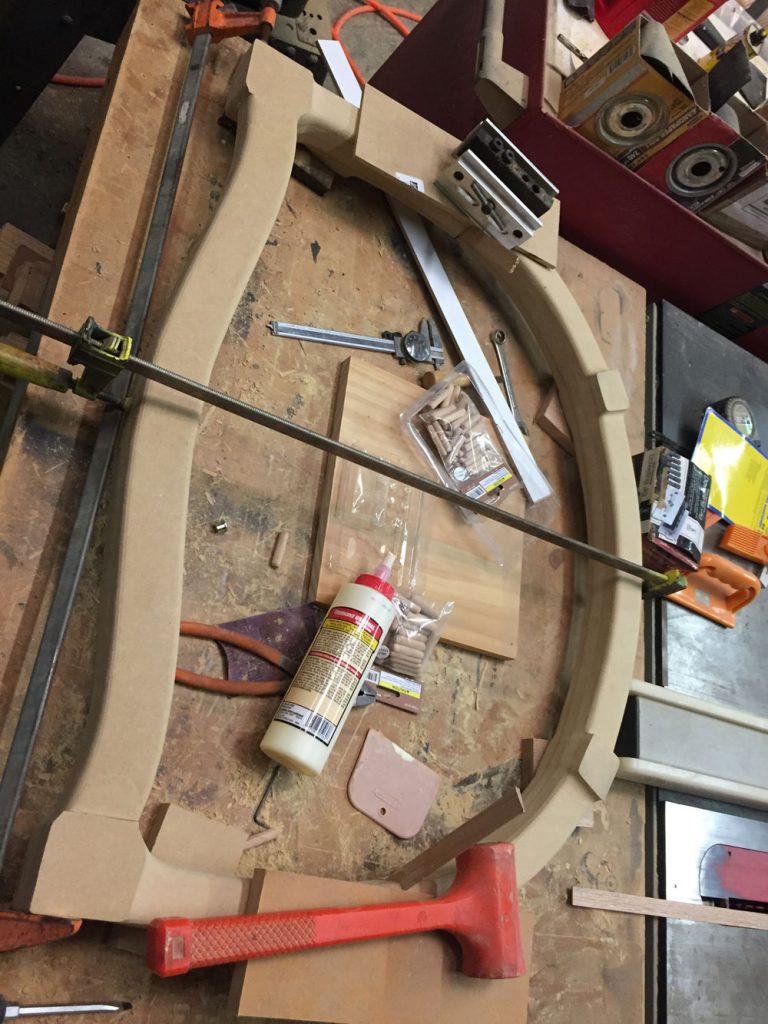 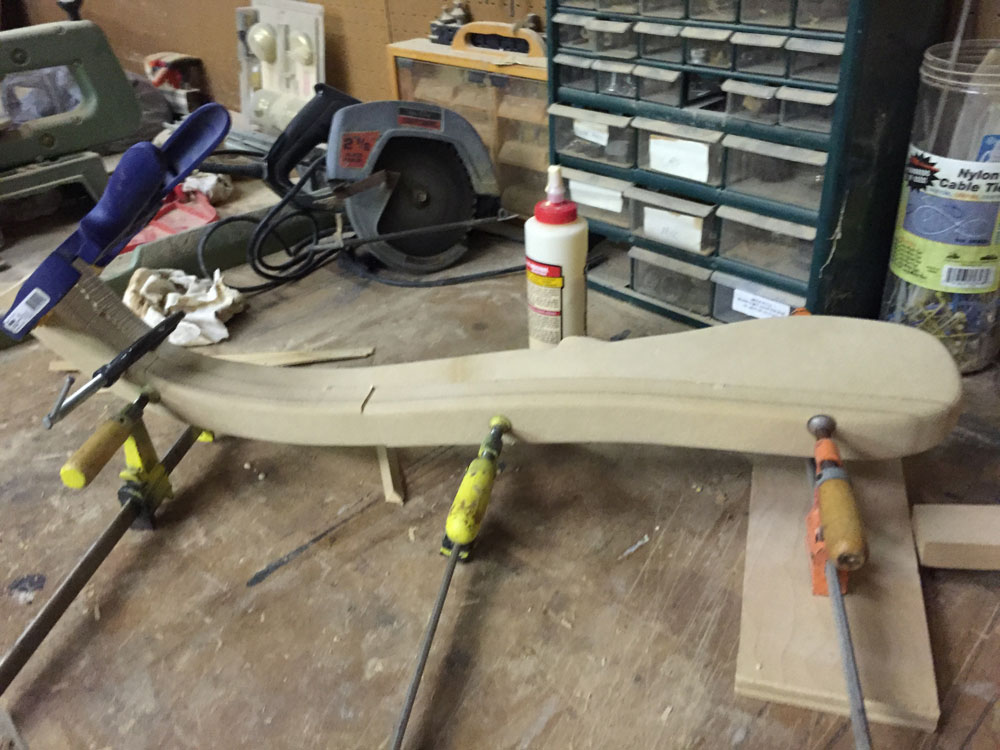 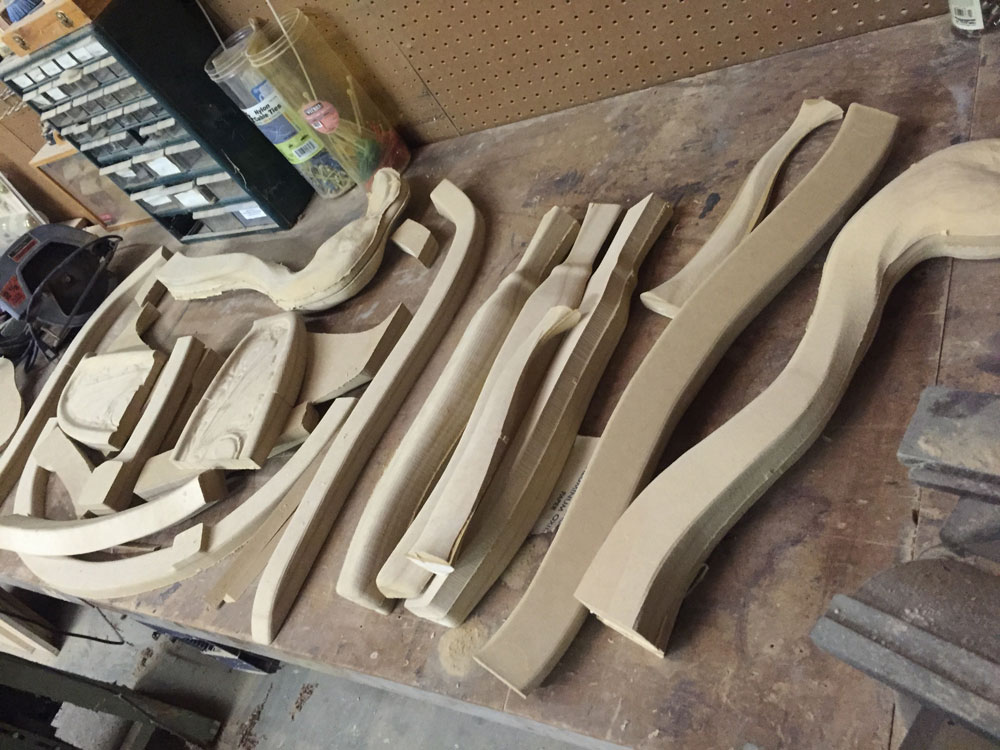 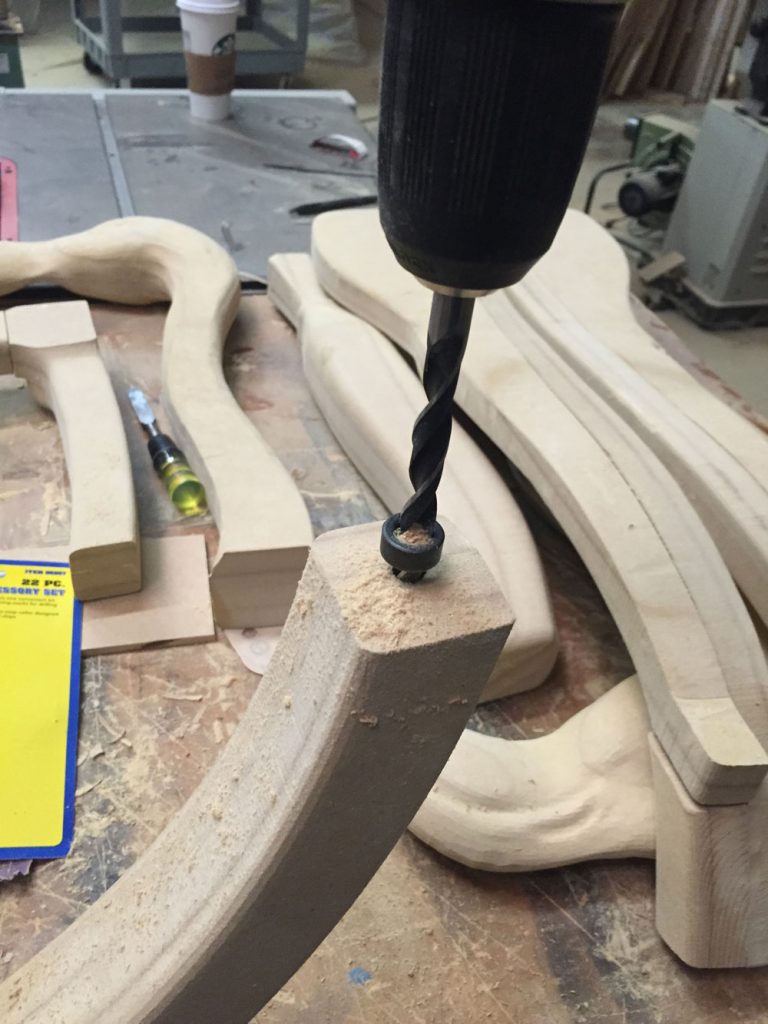 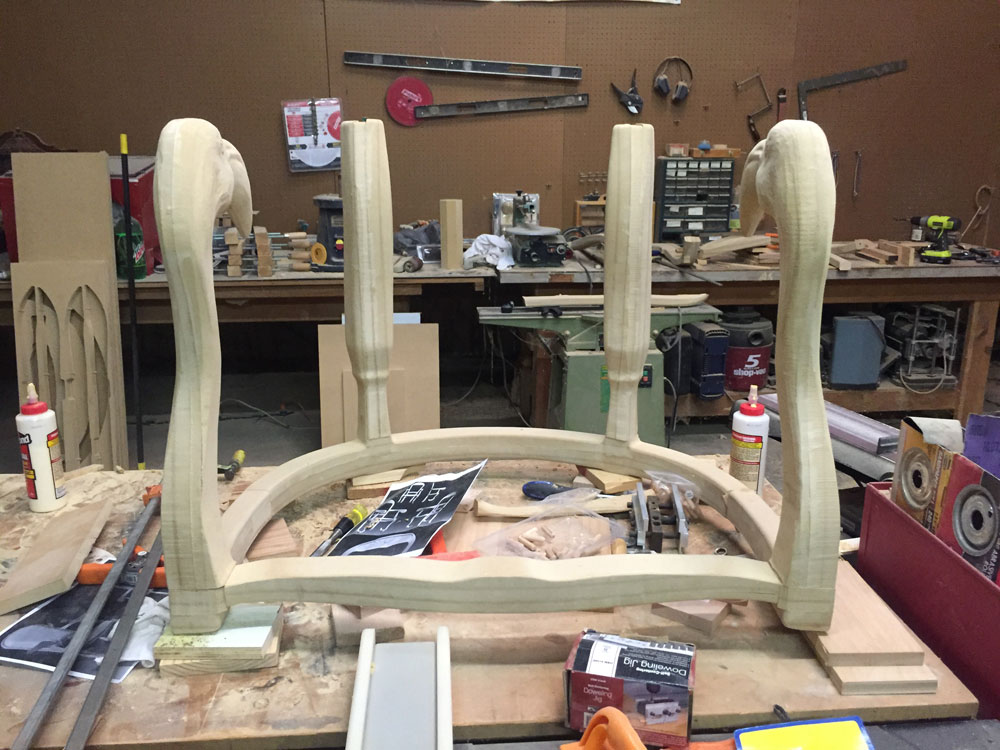 The base was glued to be one solid piece. 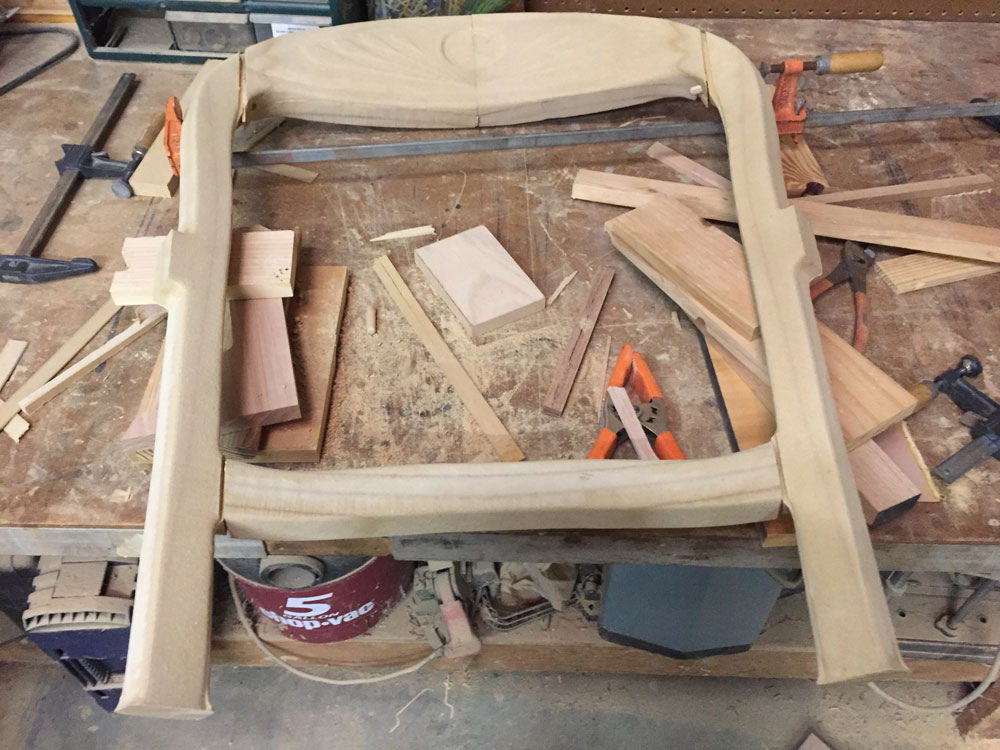 Then was time for the final assembly.  It took some fitting and shimming, but I got it stable while being able to disassemble using no hardware. 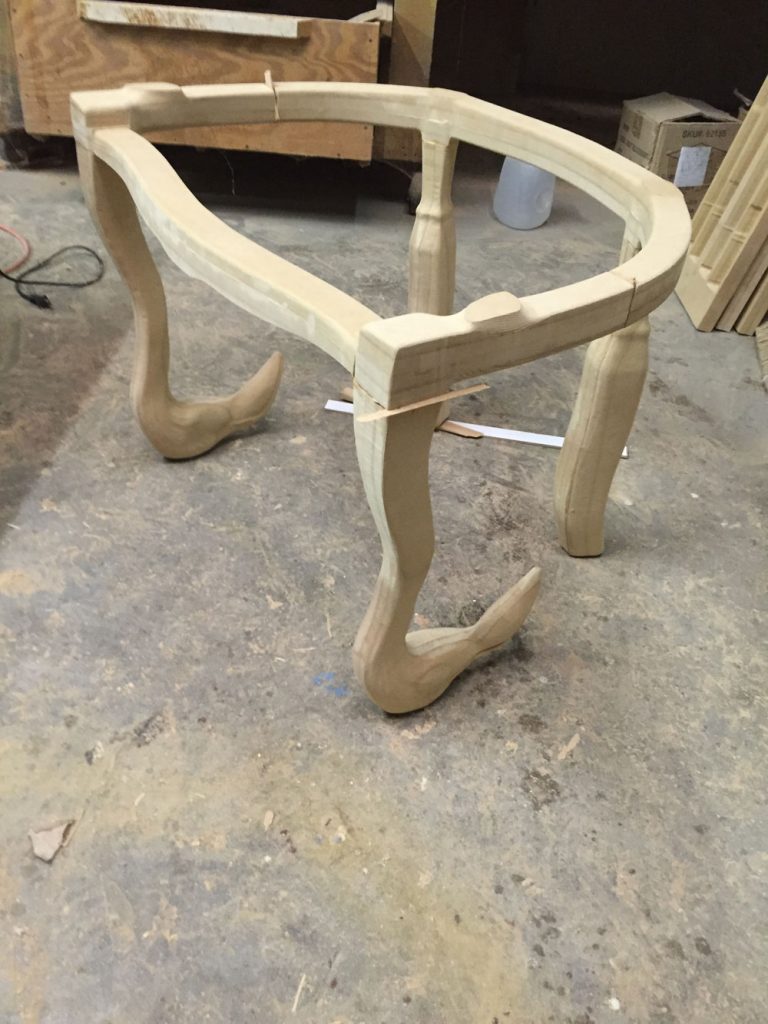 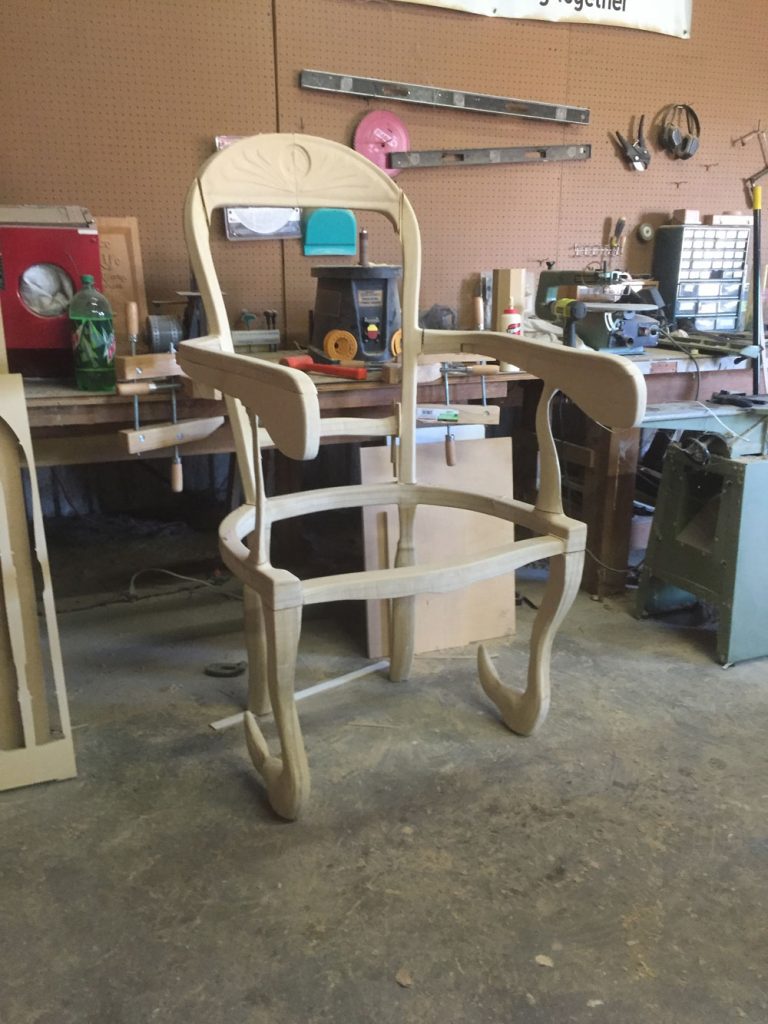 My buddy Victor helped me load this chair into my car.  We had to snap a picture, because the chair was as big as he is! 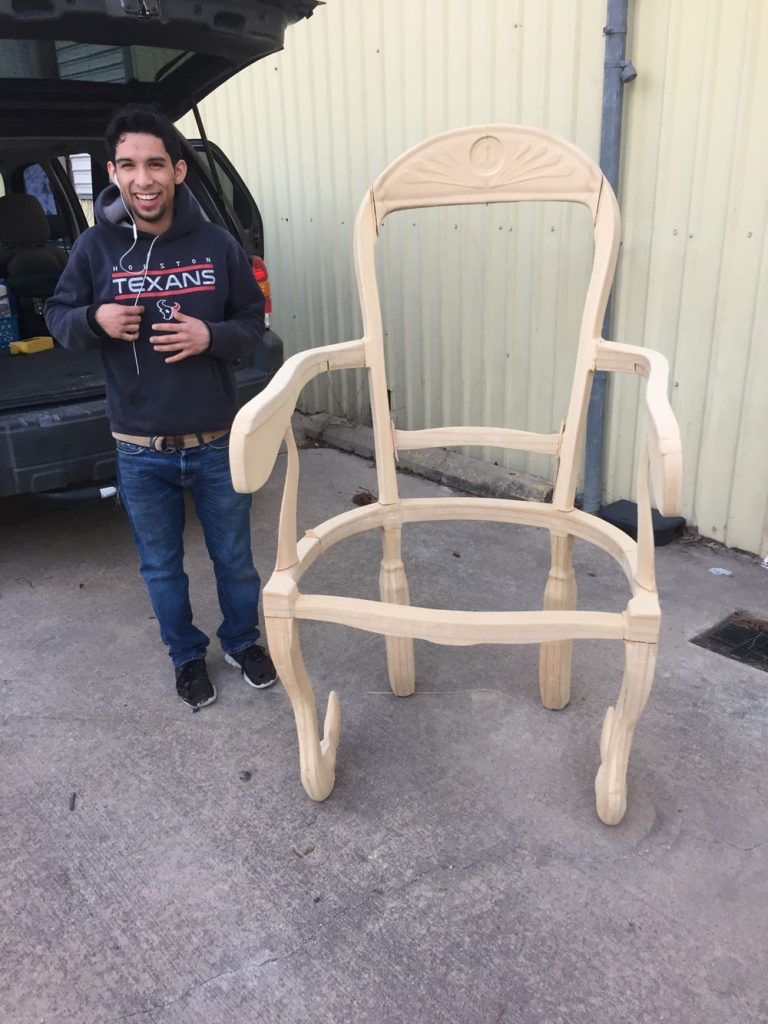 It survived transportation crammed into my little SUV, and I reassembled it in Bridgette’s studio. 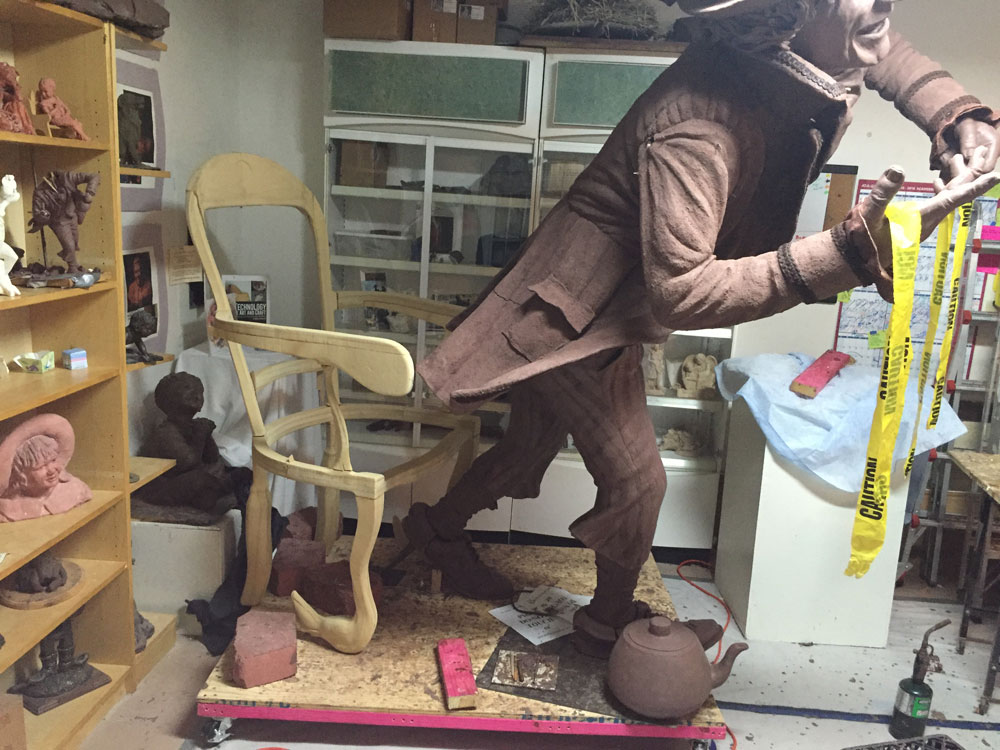 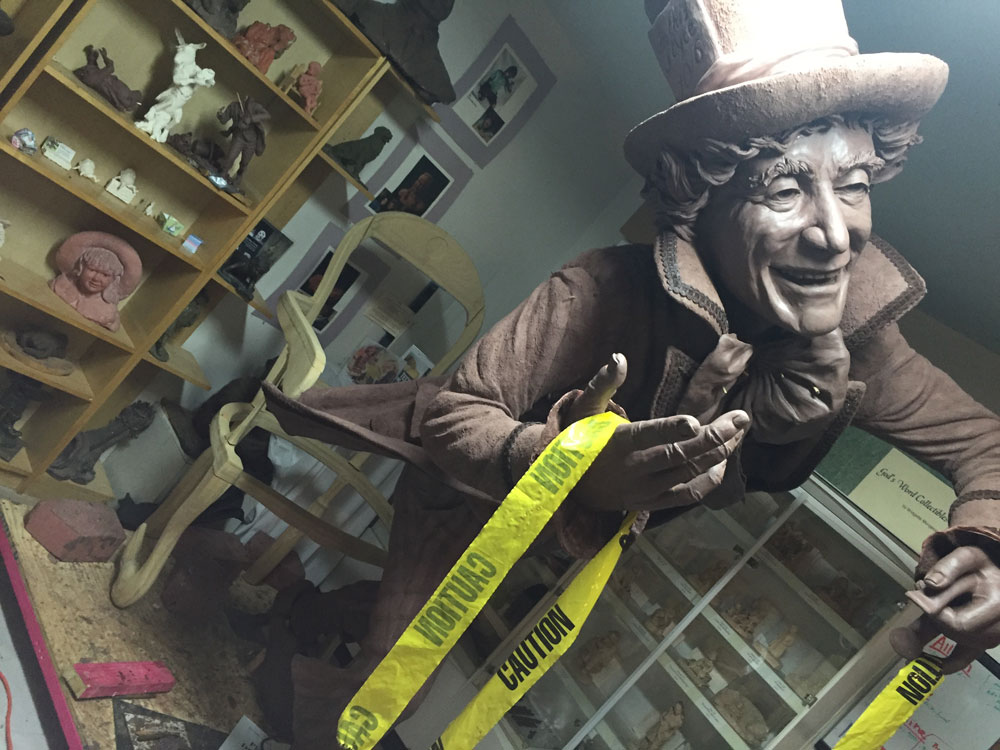 From there, Bridgette did her magic to turn it into the finished piece you see in the installation. 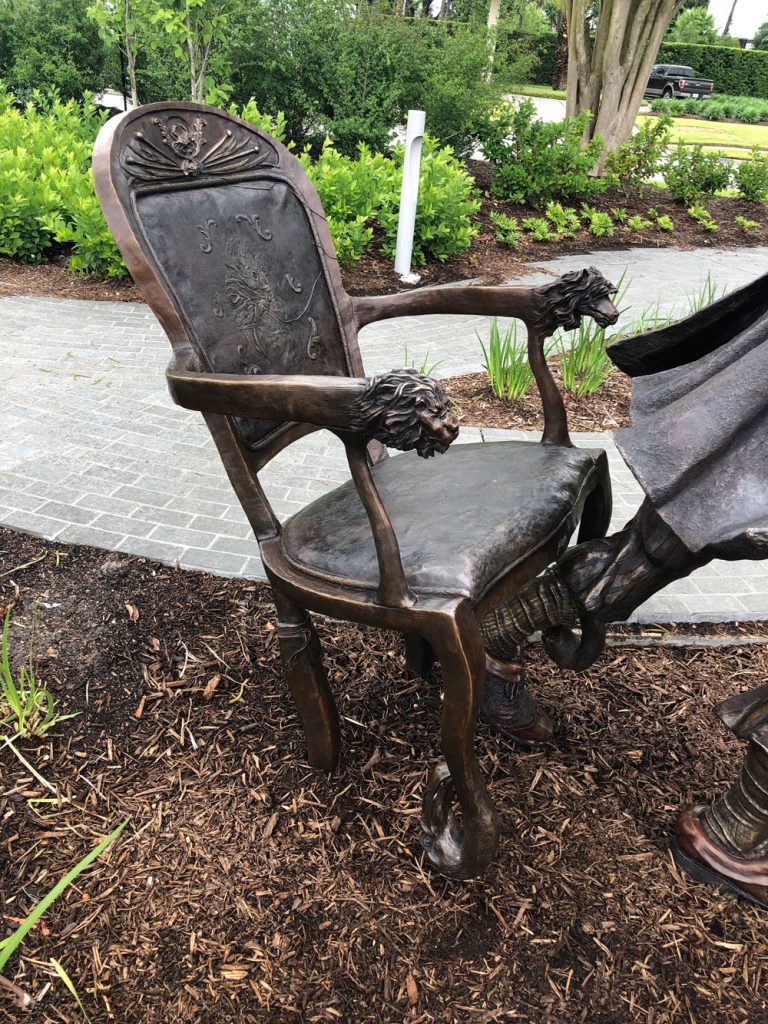 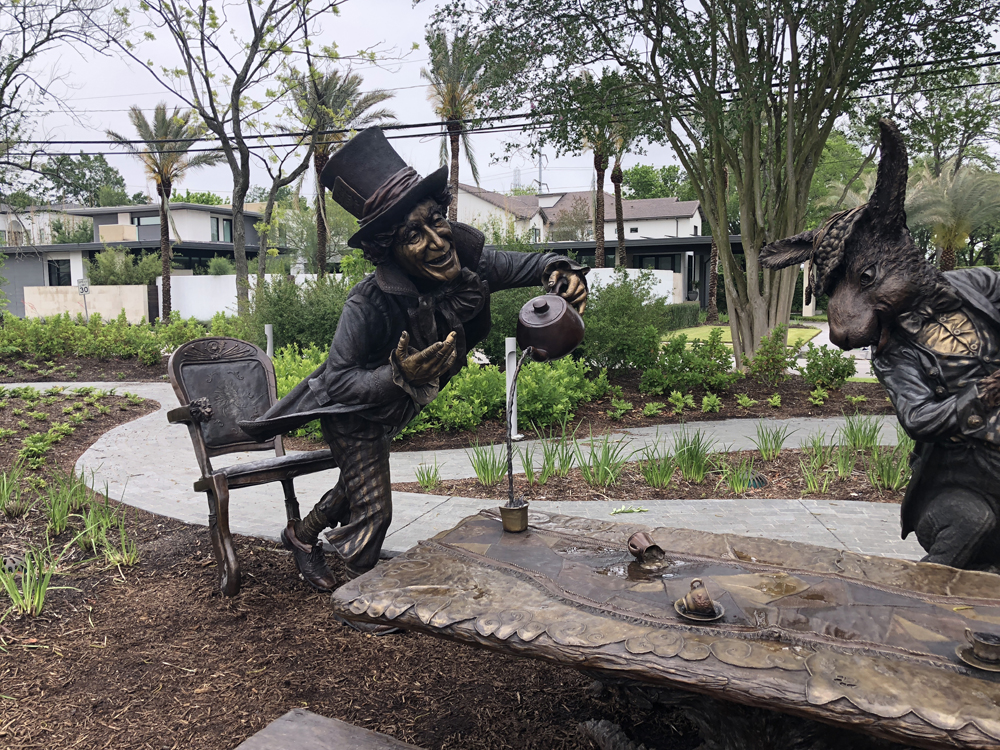 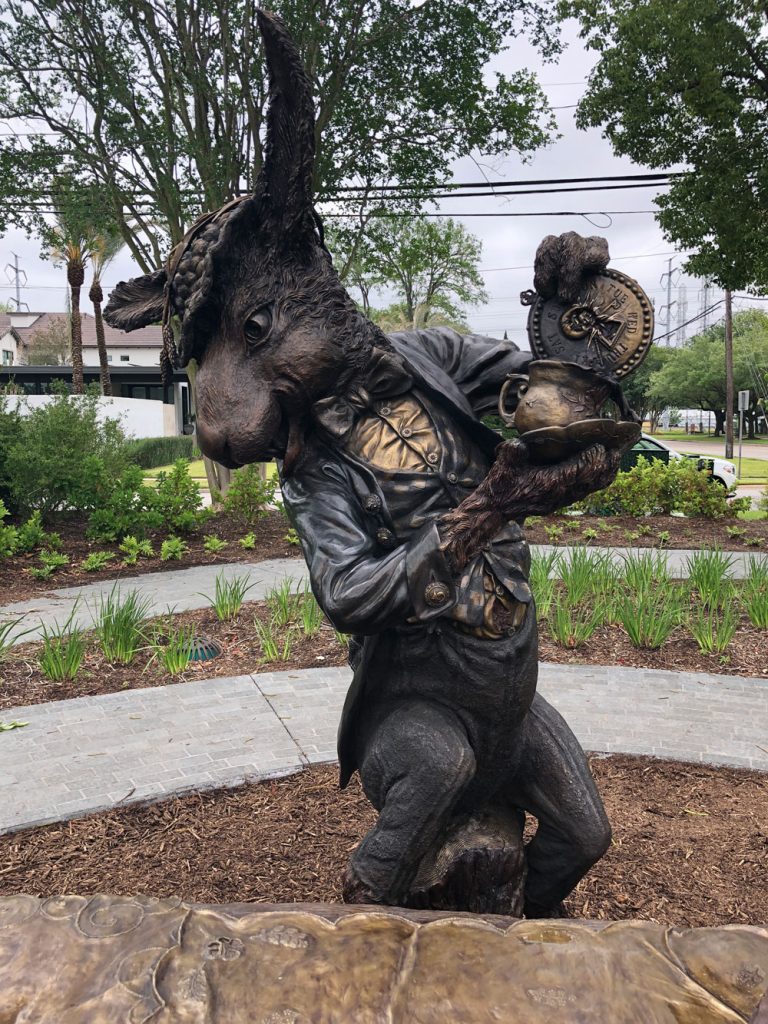 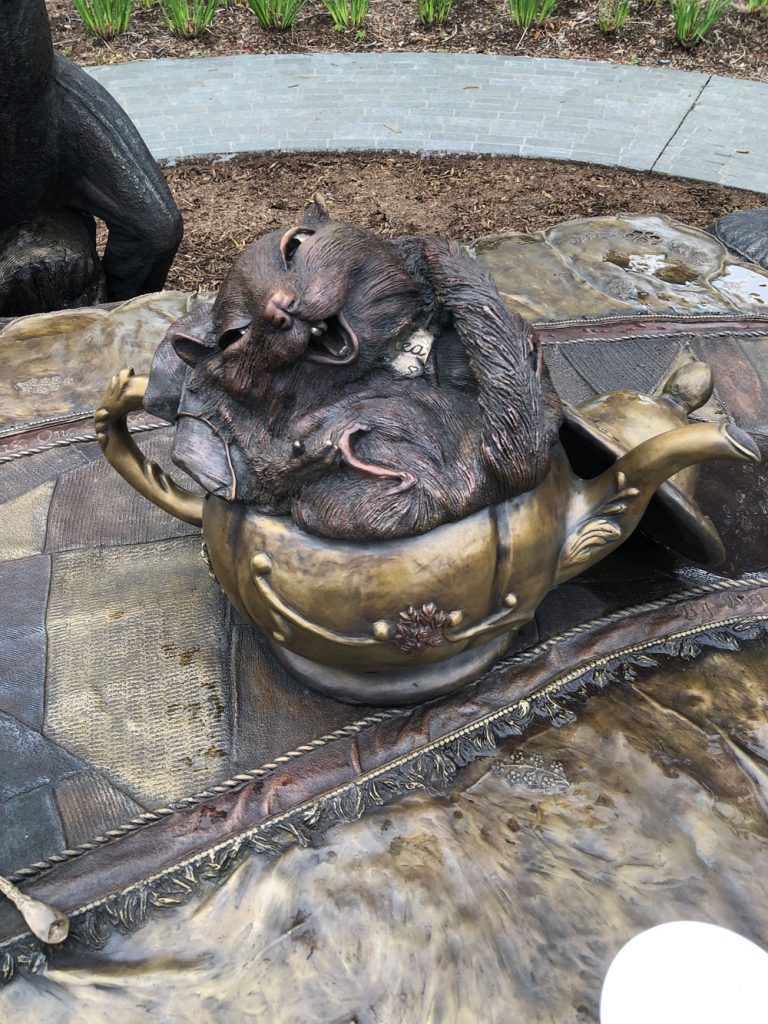 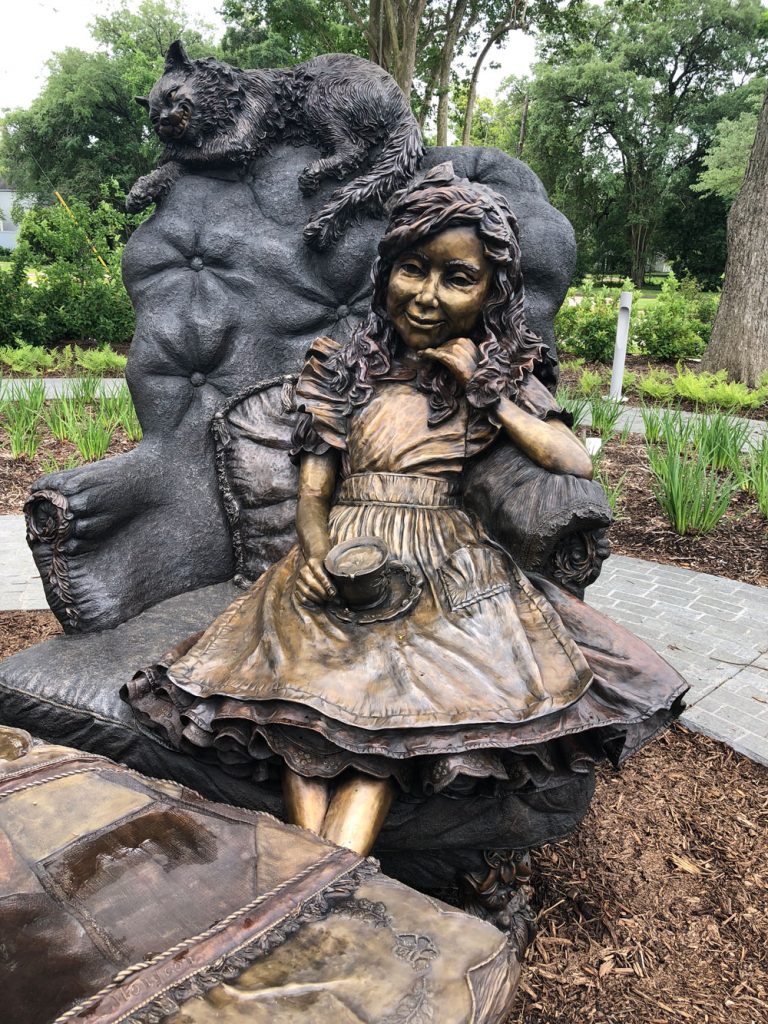 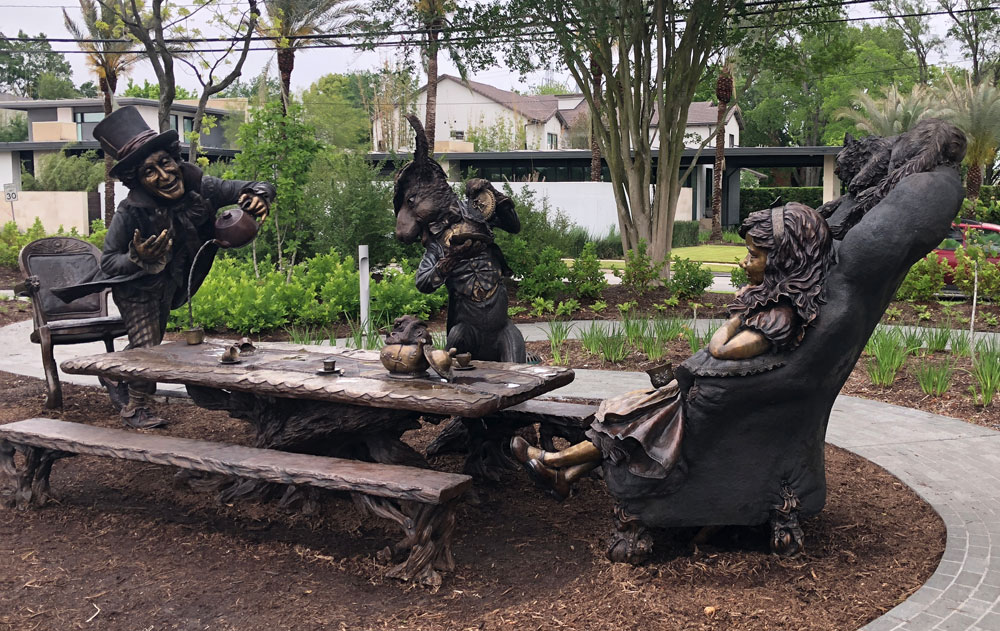 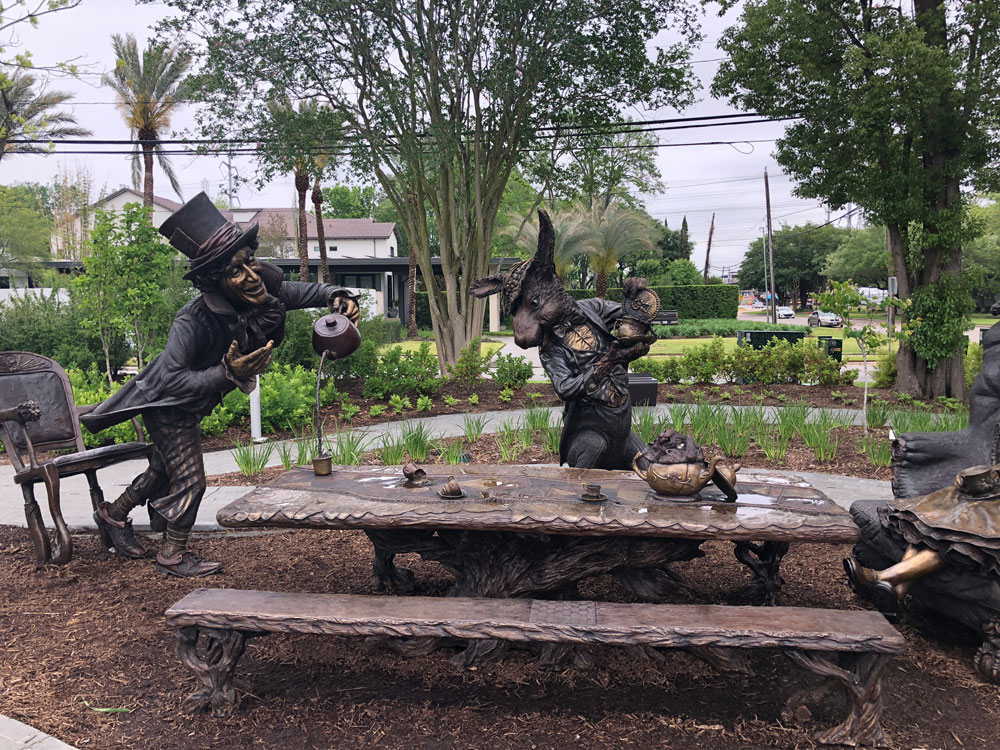 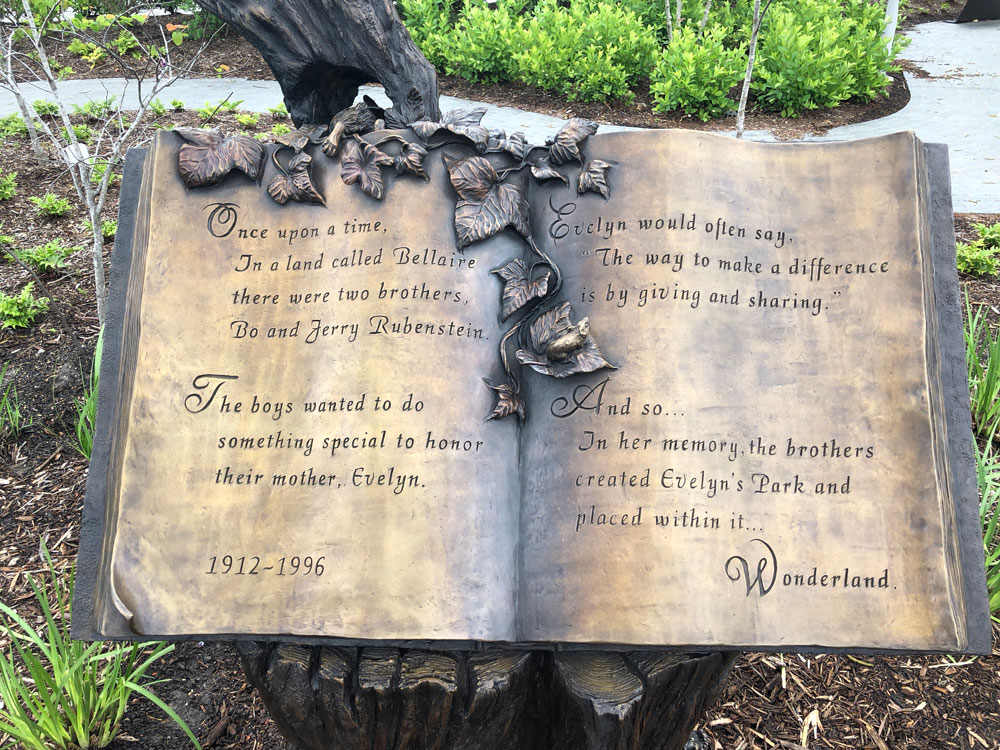 Seeing this sculpture finished is spectacular, and I’m honored to have been able to play a roll in its creation.  The sculpture is interactive with the audience able to sit with the characters.  It has 150 little Alice in Wonderland easter-eggs hidden throughout the entire piece that are so much fun to hunt for.  When I went to take these pictures, it was difficult to get shots without people all over it.  It brings joy to everyone who sees it, and that is truly wonderful.

You can see more about this project on the Alice Sculpture site alicesculpture.com, and don’t forget to go check out Bridgette’s site. creativesculpture.com